A new report has predicted there will be just over 13,000 advisers left by 2023, as the older practitioners who still dominate the industry retire in large numbers leaving a handful of new recruits to replace them.

The Adviser Ratings’ Advice Landscape report predicted that given current exit rates from the sector, and the group’s data around how many practitioners were planning to stay in the industry, just 13,154 advisers would be left in four years’ time, compared to 20,764 at the beginning of 2021.

The report found that exits were particularly common among risk specialists, who were exiting at a rate of 2.4 risk advisers for every one financial planner.

Assessing the “average” adviser in today’s market, the report found that the typical adviser was 48 years old, male, Victorian-based and typically serviced clients who were couples with an average age of 58.

Adviser Ratings founder Angus Woods said while the typical demographic in the industry was set to change as more advisers exited, the small number of graduates lined up to enter the sector was a big concern.

“We expect the balance to be redressed in the next year, as many of the older advisers hang on right until the end of the year,” Mr Woods said.

“That said, there will be a lack of entrants coming through with only 900 advisers studying FASEA approved degrees, of which only half will enter the industry.”

While the majority of advice clients were still pre-retirees and retirees – with 23 per cent of advised consumers being between 55 and 64, and 17 per cent over 65 years old – the report revealed there was significant demand for advice in the younger generations.

Around 34 per cent of those aged 25 to 34 said they would be open to seeing an adviser, while 45 per cent of under 25s were also interested in seeking advice.

Mr Woods said while advisers had been besieged by short-term worries in their business in the current regulatory environment, it was important practitioners had an eye towards the future and capitalised on younger prospects’ interest in their services.

“That has been one of the biggest surprises from our survey – the willingness of young people to seek advice,” he said.

“Advisers should be proactively addressing what is going to be the biggest transfer of wealth in history – from older retiree parents to their children. Much of this is not on the radar, as advisers battle compliance burdens and what is perceived to be a zealous regulator, bent on strict compliance to legislation.

“Until we have a psychology shift from both advisers and regulators and a willingness to adopt technology to reduce cost barriers, there remains a lost opportunity here.”

The report also revealed that large non-aligned licensees now made up the biggest sector of the market, with 3,987 advisers belonging to a dealer group that was privately owned and had 100 or more authorised representatives. Aligned groups such as AMP Financial Planning and Charter made up the second-biggest segment with 3,882 advisers.

Mr Woods said with privately owned dealer groups now ruling the roost, the priorities of businesses would shift towards efficiency and flexibility as advisers were less encumbered by the priorities of their parent companies.

“There will be a raft of new investment products, technology solutions and consultants. We will see more open APLs and a willingness for quick unencumbered decision making as advisers fight for their own survival,” he said.

“As advice will be in demand for years to come, it presents an opportunity for new products, solutions and business models, ie the continued move to MDAs, to cement themselves as part of a new era in advice.” 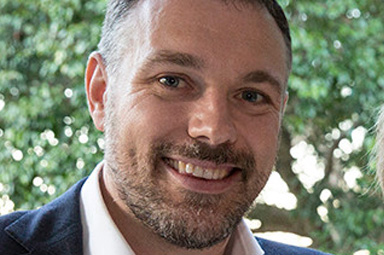