Close to a million workers closed or drained their super through the government’s early release scheme, and one lobby group wants to see cash handouts used to close the gap.

Analysis conducted by the Australian Institute of Superannuation Trustees (AIST) shows that nearly 1 million workers under 35 have either closed their super accounts or now have less than $1,000 in super due to the early release scheme. Some 73,000 Australians have also lost insurance cover linked to their account.

“While the long-term impacts of COVID on the retirement savings are still uncertain, evidence shows that the financial burden of lost retirement savings will most heavily impact those least able to afford it – those already experiencing disadvantage and the many Australians who were already facing a retirement savings shortfall,” said AIST CEO Eva Scheerlinck.

“Young women, in particular, will struggle to make up the COVID savings gap as many will be entering the phase of their life when they take a career break to have children and their employer super contributions are on hold.”

A total of 3.4 million Australians withdrew around $36 billion as a result of early release.

The AIST will use its pre-budget submission to recommend a one-off government contribution to the super accounts of those earning less than $39,837 who accessed their super early and also meet eligibility criteria. The amount would be based on the proportion of super withdrawn and would be capped at no more than $5,000.

“Addressing the COVID super gap will not only ensure Australians aren’t penalised in retirement for an economic downturn driven by a health crisis that they had no control over, it will also reduce the extent to which they are required to rely on the taxpayer-funded age pension in retirement,” Ms Scheerlinck said.

The AIST is also “urging the government to resist pressure from backbenchers” and stick with the legislated increase to 12 per cent, despite the findings of the retirement income review. 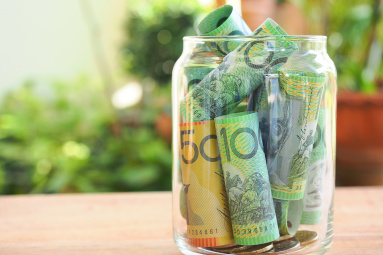