Why ASIC held back on Shipton's expense claims

ASIC has revealed why it chose to delay sending correspondence around embattled chair James Shipton's expenses to the auditor-general, sparking a referral to the Treasury and a governance scandal that has engulfed the regulator.

Responding to questions on notice from the parliamentary joint committee on corporations and financial services, ASIC said 10 emails related to the audit of Mr Shipton’s expenses had been sent in late to the Australian National Audit Office, on 16 October 2020.

Auditor-General Grant Hehir told the committee in November last year that he had been forced to escalate the expenses matter to Treasury after ASIC’s processes in response to the expenses audit “weren’t adequate” and management had failed to provide assurances that it had handed over “all relevant information” when the audit was taking place.

At a hearing of the committee in November, ASIC acting chair Karen Chester said the emails had been delivered late because they were only available through a personal computer of Mr Shipton that he did not have access to during Victoria’s lockdown.

“Mr Shipton was based in Harvard at the time of his appointment being announced, and some of the emails were from his private email address, both then and later,” Ms Chester said at the time.

“They were on a laptop that he had to get access to in the middle of COVID. The laptop was not in the Melbourne district when we were all in lockdown. It was actually at a residence outside, so it was difficult for Mr Shipton to get to it.”

Ms Chester was further questioned by Labor MP and committee member Patrick Gorman as to why ASIC or the other parties to the emails did not have access to pass them to the audit office.

In the responses on notice, the regulator noted that seven out of 10 emails that were sent in late had been accessible through the ASIC server, but that they had not been deemed as essential for the audit office to make an assessment of Mr Shipton’s expenses.

“The remainder of the emails were identified... as providing context to the matters reviewed by the ANAO and they were provided to the ANAO on that basis,” ASIC said.

The news comes following the receipt of the independent report from former inspector-general of intelligence Vivienne Thom into Mr Shipton’s expenses at the end of December.

Treasury has confirmed it is considering its response to the report.

Why ASIC held back on Shipton's expense claims 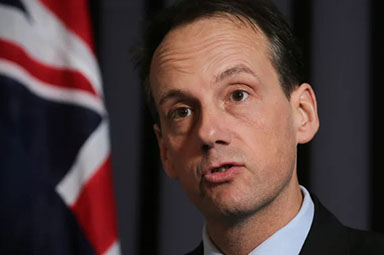 news
9 commentsjoin the conversation
news
Advisers urged to maximise FASEA exam attempts
What are the financial implications for returning Aussies?