New research has revealed that despite movements of related professionals such as stockbrokers and accountants out of the advice industry, the number of full-service financial planners has held steady in the face of regulatory change.

Investment Trends’ Planner Business Model Report analysed the numbers of advisers on the ASIC register who provide comprehensive financial advice and found that this number had held steady at around 17,500 through the past decade, despite fluctuations in the broader number of professionals on the register, including stockbrokers and accountants.

“Similar regulatory challenges have impacted the UK advice market in the past decade, reducing their planner headcount by 20 per cent – further highlighting the strength of Australian advice industry.”

The research found that client growth in the advice sector had been flat, with the average planner acquiring 16 clients in the last 12 months and losing 17 – a similar number to the results of 2019’s report.

The report noted those who were growing most successfully were utilising technology to a higher degree in their practice, although 41 per cent of planners said their practice was less profitable than last year, up from 38 per cent in 2019.

“While COVID-19 has added to the host of challenges that planners were already grappling with in their business, their top challenges remain compliance obligations – 67 per cent cite this – and providing affordable advice (46 per cent),” Mr Peker said.

Further, the number of advisers holding their own licence or running a boutique licence had increased threefold since 2016, to 30 per cent in 2020.

As the number of self-licensed planners grew, so did the proportion of these advisers who needed help with running their business, with 27 per cent of self-licensed advisers saying they need more support developing effective advice and review processes, up from 12 per cent last year.

A further 20 per cent of self-licensed planners said they would like to see more best practice examples when it came to running a licence, up from 9 per cent in 2019, and 14 per cent said they wanted more technical support, up from 8 per cent last year. 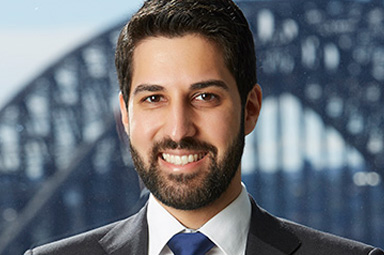 BT has released a number of updates to its tailored and adviser portfolios funct...

The government has released the final report of its review into the tax practiti...

Lawyers and super fund trustees will not have to abide by new licensing restrict...

Learning how to stand out from the crowd is a great way to grow your business.  WoWcrowd, a new webcast series that earns you CPD points, has been...

other stories The Pros of Trading During a Pandemic Wowcrowd Product Spotlight: Building an effective retirement portfolio for today's clients