A leading industry education provider has said the feedback given following the FASEA exam is “not granular enough” to help the more than 1,000 advisers who have failed the authority’s first five exam sessions and are fearful of their future.

Kaplan Professional chief executive Brian Knight told ifa the education group had struggled to get enough data from FASEA to help it target assistance for advisers who had failed the exam so far.

“We’ve had 1,200 fail in the first five sits, but we don’t know how many of them are multiple fails and we can’t get feedback on what they’re doing wrong,” Mr Knight said.

“We know that if people [who have failed] ring FASEA they will try and give them some general advice, and they say the main area is that people answer questions from the perspective of their licensee rather than the Corps Act. But it’s not granular enough to help advisers.”

Kaplan recently introduced a personalised counseling service in response to demand from panicked advisers who had failed the exam, with 180 practitioners having signed up for the service so far.

“What happens is a lot of these guys have never done an exam at this level and haven’t studied for a hell of a long time, and because we can’t get any feedback on how many have failed, we’ve pushed this out to say ‘if you’ve failed, talk to us’,” Mr Knight said.

“The structure is challenging for a lot of them, so we get experienced practitioners and academics to take them through what questions they found the hardest, what feedback they got, if they had studied for the exam before and if they have done any of the bridging courses.”

With the last two sittings offered online-only and FASEA cancelling face-to-face sittings for Melbourne advisers in August, Mr Knight added that the remote proctoring system was also a source of stress for advisers, with Kaplan having introduced individualised phone support for those having trouble with its online practice exam.

“If you’re that person who has a tech glitch and you’re told you’ve got to reschedule it stresses you through the roof, but if at the moment it happens one of our people rings you and says don’t panic, we’ll work through this with you, it changes the whole dynamic,” Mr Knight said.

“We think that’s what you have to do if you’ve got online exams. If you look at the August sitting there’s 2,000 registered, and if you have 2 or 3 per cent with problems, realistically that’s only about 50 people so it’s not many calls to make.”

Given the flaws in the FASEA exam process so far, Mr Knight welcomed last month’s extension of the compliance deadline, which he said would give the education provider “more time to work with” less confident advisers and convince them they may not need to leave the industry.

“If we hadn’t got the extension it would have been a mad scramble in the last few attempts with people failing, not knowing what to do and not having any idea why,” he said.

“We think those who were going to leave are going to still leave, but we don’t give up hope that we can get more in it.” 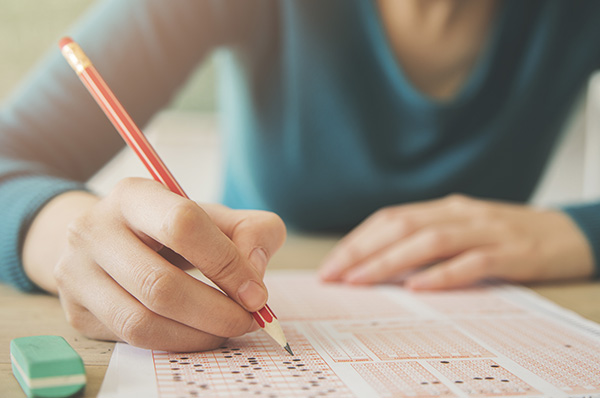