A spokesperson for FASEA told ifa that around 3 per cent of the approximately 2,300 exam candidates for the June sitting had reported technical difficulties with the remote proctoring system, an increase on the 2 per cent who had reported problems in April.

“Candidates experiencing lost time due to connection issues were given additional time to complete their exam. If identified on the day, candidates continued with their exam with the additional time,” the spokesperson said.

“Those who reported lost time immediately after sitting the exam were given the opportunity to reschedule.”

MyIntegrity in Practice principal Joel Ronchi said while the remote proctoring system seemed to go well for advisers “on the whole”, a number of students in the group’s FASEA prep courses had complained of problems with the ProctorU software.

“There was one instance in which an adviser was unable to sit the exam on the day as scheduled and they tried to resolve the issues over a 12-hour period,” Mr Ronchi said.

“The adviser mentioned his experience with ACER was very positive, [but] the challenge, in his case was the continuity of the message between Proctor U and ACER, although this could have been because it was on the weekend.

“ACER told the adviser they would be able to resit the exam, whereas this was not the message he was getting from ProctorU, however the adviser was given instructions about how they might resolve the issue during the working week.”

Other students had reported delays of up to four hours in their exam start time because of technical issues, and problems in resolving their complaints with ProctorU’s remote proctors during their exam.

“One challenge that was raised by advisers who had lengthy periods in trying to resolve access through the Proctor U process was that, depending on the time scale of the issue, they would be rotated to another proctor and would have to explain the situation again,” Mr Ronchi said.

An adviser speaking to ifa on condition of anonymity said he was delayed by around two hours in starting the exam due to problems accessing the system.

“My password wasn’t accepted and I wasn’t able to change it, so I rang the support number that was listed but it rang out,” the adviser said.

“I ended up speaking to four different proctors through the dialogue box – the first one gave up, the second one said to try a different computer. Finally around the two hour mark, the fourth proctor was able to talk me through the problem.

“At the end of the day I managed to get through the exam with a few minutes to spare, but it was a disaster.”

The adviser said two of his colleagues had also faced delays of up to an hour accessing the remote proctoring system during the April and June sessions.

A spokesperson for ProctorU said the software company "work[s] very closely with our testing and certification partners to minimise any technology issues that test-takers may experience".

"Unfortunately, variations in hardware, internet speed and access can cause disruptions or delays for a very small percentage of test-takers," the spokesperson said.

"We never want a test-taker to be distracted with technical issues and we do everything we can to prevent them."

FASEA recently announced its remaining exam sessions for 2020 would be offered as a mix of remote proctoring and in person sessions in both metro and regional locations. However, it stipulated in-person sittings would be dependent on public health advice at the time.

Mr Ronchi suggested the authority should consider regularly releasing statistics around connectivity issues advisers were experiencing with remote proctoring, in addition to the guidelines already available on the FASEA website.

“It would be great if FASEA could release high level stats around these and similar issues so that advisers can make fully informed decisions as to whether they are comfortable sitting the exam by remote proctor, or whether they should wait until in-person sittings recommence in exam centres, given the recent approval of the 12-month extension,” Mr Ronchi said. 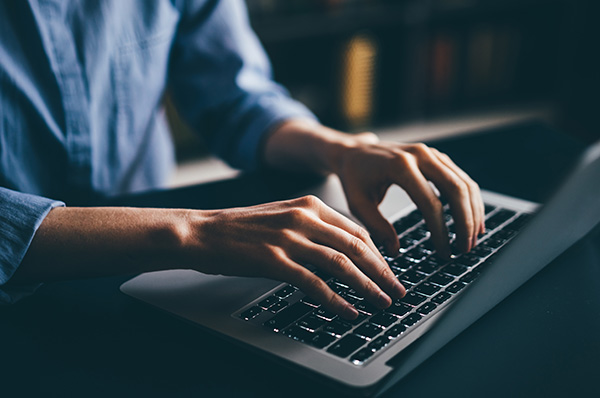 Netwealth cashes in on industry transformation

Salaries for experienced advisers are expected to rise by more than 20 per cent ...

Retail and ethical funds are among the top balanced funds in 2020’s super perf...