The Financial Adviser Standards and Ethics Authority chief executive Stephen Glenfield has come out in defence of its code of ethics amid concerns of overreach and confusion around its interpretation.

FASEA’s released guidance to the code of ethics has recently been under fire, with the Association of Financial Advisers (AFA) calling it “way above the current law”, and the Financial Planning Association of Australia (FPA) saying the guidance raises more questions than it answers.

But in a speech at the FPA Congress in Melbourne yesterday, Mr Glenfield said the guidance is illustrative rather than conclusive regarding how advisers should apply the code.

“Those examples are not intended to provide definitive guidance. Rather they demonstrate by example how advisers can think through the efforts of an engagement with a client,” Mr Glenfield said.

“An important point to note is the guidance is not a compliance checklist. Ethical principles do not readily match a tick and flick compliance approach.

“Doing what is right will depend on the particular circumstances that requires advisers to exercise their professional judgement in the best interests of each of their clients.”

Code should be read ‘in totality’, says FASEA

Mr Glenfield said that, in implementing the code, it's important that advisers don’t consider each of the standards of the code in isolation, as they are “intended to operate in combination for strength and inspiring good practice”.

“The way we've written the code should read it in totality. All of those standards interact and work together in delivering what the code of ethics is trying to achieve.”

Much of the focus on the FASEA code has centred around Standard 3 addressing adviser conflicts of interest. In particular, concerns were flagged in FASEA’s guidance on Standard 3 regarding other sources of ‘variable income’, which states:

"You will breach Standard 3 if a disinterested person, in possession of all the facts, might reasonably conclude that the form of variable income (e.g. brokerage fees, asset based fees or commissions) could induce an adviser to act in a manner inconsistent with the best interests of the client or the other provisions of the Code."

“The guidance that discloses the intent of the standard and notes that you will not breach Standard 3 merely by being a duly remunerated employee of an entity that lawfully provides retail financial advice and services provided that the provision of that advice and services are in the best interests of your client and comply with the other provisions of the code,” he said.

“FASEA will look to provide some positive examples involving a number of forms of income that demonstrate this in a practical way.”

Mr Glenfield also sought to allay adviser concerns around whether the FASEA code is seeking to regulate business structures and fee models of businesses.

“Simply, it can't," he said. "By law, the code only applies to relevant providers or individual advisers. It does not apply to the broader business that those advisers work for." 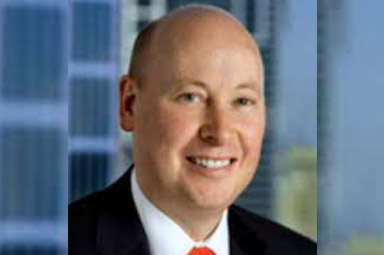