Tickr looking to expand to Sydney

A hub that helps advisers move away from the major banks to operate their own businesses is looking to open a branch in Sydney, after kicking off in Melbourne earlier this year.

Tickr, which is operated by Powerwrap has hinted that it is looking to expand as the platform provider has launched a new report into Australian high-net-worths with market researcher Investment Trends.

Powerwrap chief executive Will Davidson described Tickr as an “incubator,” a shared service facility where advisers can work in the space under the platform provider’s AFSL and have assistance with measures such as sourcing funding while they transition to their own business.

“We’ve created an incubator, something that’s a turnkey solution for any of those bank-aligned advisers so that they can walk out of an investment bank or private bank or even any of the other large institutions and have a platform that has execution, has research and product licensing, legal and compliance and even facilities [as well as] doing their financials,” Mr Davidson said.

“All of those services are tailored towards high-net-worth advisers and the wealth managers who are servicing. In certain scenarios, we will assist them with sourcing funding. Ideally, these guys already have an installed customer base that they’ve been servicing for 10 years.

“As they move there effectively, they’ve got that confidence that they’re writing $1 million or $2 million within a bank and the bank’s paying them 50 cents in the dollar. Our model lets them come out and they’re not in the commission grid anymore, so they effectively own 100 per cent of their business.”

Advisers failing to meet needs of most HNWs

Around 58 per cent of Australian high-net-worths (HNWs) have reported their advice needs aren’t being met, up from 54 per cent in 2018.

The findings, as published by Investment Trends and Powerwrap, have been based on a poll of 3,000 high-net-worth (HNW) Australians, looking at their investment needs, preferences and behaviours, as well as their attitudes towards financial advisers and investment banks.

There are now around 490,000 HNW investors in Australia, with the cohort controlling around $2 trillion in investable assets, according to the 2019 Powerwrap/Investment Trends HNW Investor Report.

The number has grown by 13 per cent since 2017, while their assets have risen by 21 per cent, in aggregate.

Despite the majority of HNWs reporting unmet advice needs, sentiment towards financial advisers was noted to have improved.

Investment Trends noted advisers need to align their advice proposition and product recommendations more closely to the needs of their HNW clients, especially in an uncertain investing environment.

Only one-quarter of all HNW investors indicated they were satisfied with the current range of products available to them on the market.

HNW investors have reported as having negative expectations of capital growth for Australian stocks for the second time on record, with most (87 per cent) being concerned with global macro-economic issues.

The other top concerns include the China slowdown (64 per cent), a global share market crash (54 per cent) the White House administration (48 per cent) and share market volatility (42 per cent).

The report has also pointed to a growing demand for access to alternative assets such as infrastructure funds, private equity funds, unlisted managed funds and hedge funds.

The proportion of HNW investors holding alternative assets now sits at 23 per cent – this is expected to rise to 30 per cent in the next 12 months.

Mr Davidson said the findings were consistent with investment trends among his company’s HNW client base.

“At Powerwrap we have noticed a healthy demand for alternative assets,” he said.

“Many of these investments are not typically available via a platform structure, so we work closely with adviser groups using our platform to ensure we can facilitate access.

Tickr looking to expand to Sydney 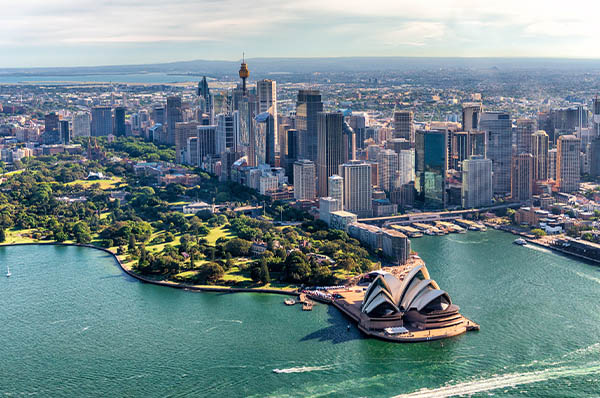