EXCLUSIVE The AFA and FPA have failed advisers as industry bodies, a newer group has said, with plans to rise and make the case to the government for advisers’ insurance commissions.

Among the 76 recommendations handed down by the Banking Royal Commission was a recommendation to ultimately reduce the cap on life insurance commissions to zero, unless there is “a clear justification for retaining those commissions.”

The government has indicated it has supported all of the recommendations, including this one.

The United Financial Advisers Association (UFAA) has formed from the original Life Insurance Customers Group (LICG) this year, and is now looking to represent advisers who are dissatisfied with the efforts of the AFA and FPA. The UFAA will lobby for a sustainable commission environment and highlight other unintended industry-damaging factors that will ultimately see consumers worse off. The UFAA believes there is a ‘clear justification for commission’ and this case needs to be put forward.

Mark Schroeder, former Spectrum Wealth chief executive has dedicated himself to the effort, along with Alex Vagliviello, principal of Charles Alexander Financial Services and Interim Chair of the UFAA. Since its launch this year the UFAA has grown to over 3000 members.

The pair criticised the FPA and AFA for not acting in the best interests of advisers, while receiving funding from the major institutions and competing with IFAs: "The FPA has a war chest in the order of $10 million, which we assume has been saved for a rainy day. Well it is pouring now," the pair said.

Their fear is that advisers cannot operate their businesses on 60 per cent commissions, a drastic reduction from past figures, let alone no commissions at all.

"There needs to be a balance in adviser remuneration, otherwise many businesses will eventually become unviable, which will lead to fewer advisers available for consumers and higher consumer costs."

Mr Schroeder said a very clear example of what successful lobbying can achieve was the recent success of the mortgage industry.

"The mortgage associations lobbied effectively to demonstrate the value of balanced remuneration commissions. In a matter of a few short months after the Royal Commission findings, the Government agreed to reinstate their commission income from zero to sustainable levels," he said.

“The AFA and FPA have set themselves up firstly, as industry associations that should lobby for the right thing for members, but have achieved little.

They've now set themselves up as training organisations because on top of everything else, even experienced Advisers have to have a degree. And so we’re going to pay the associations a further perhaps $6,000 for FASEA on top of their fees for training, further inflating their coffers, and doing nothing to stem the decline.

They've also decided they’re now going be a code of conduct police force. So rather than trying to support advisers survive the raft of challenges we are facing, they instead want to be the ones to shoot down advisers. Its ASIC's job to regulate. We’ve already got that, we need more support, you know what I mean?"

Mr Schroeder said the associations were recently criticised heavily about not lobbying the government as they’re supposed to. Instead, he says they came out with a ‘pack’ and said 'if you want to lobby the government, here’s a pack, you go do it on your own.'

"Well, what are we paying membership fees for and what is stopping the association using its reserves to fight for its members?"

Mr Vagliviello said the UFAA exists to lobby for IFAs.

“We are placing ourselves at the forefront and will attempt to complete the task that the AFA and the FPA were not able to achieve due to their perceived conflict of interest with major players such as bank and life companies and the bigger bank owned distribution networks," he explained.

A major concern is the number of advisers leaving the Industry due to legislative and regulatory changes. The biggest challenges are stemming from the removal of grandfathered commissions and the ongoing discussions to reduce the cap on life insurance commissions, as well as the two-year clawback period and ongoing advanced education requirements. There are around 23,000 advisers in Australia, with around 4,000 leaving the industry in the last six months – namely, Vagliviello says, because they cannot afford to be in business.

“Because you cannot operate on a 60 per cent commission rate, you can’t do it. People say ‘Oh well you know what, we’ll get rid of commissions and we’ll make sure that you can charge a fee of two to three thousand dollars or more per client, and you know what clients are going to say to these on costs? – “see you later.”

Mr Schroeder said Australians are at real risk of being underinsured.

The case for life commissions has been made before, with other advisers such as Eugene Ardino of Lifespan Financial Planning pointing to Australians already being “chronically underinsured,” with a potential danger of them gravitating to inferior or inappropriate online insurance products.

Currently, the UFAA is focused on attracting members and funding, with the intention of facilitating strategies to bring before Government a balanced argument on behalf of all Advisers in response to the outcomes of the recent Royal Commission into Banking.

The UFAA was founded to become an advocate group representing advisers who have become disenchanted with the lack of perceived action from both the AFA and FPA in response to legislative and regulatory changes that have been imposed over the past few years. Advisers are seeking a united voice to have their concerns heard.

The government listens to the Financial Services Council (FSC) and they also listen to people who pay their election campaigns. The banks are rusted on to a model of: if you can’t give them financial planning, just get them to come in and buy something else off the shelf. Consumers deserve better than this.

“So there’s still big hurdle to get over. But there’s more people listening, and a lot more advisers prepared to actually stand up and say something.

“You know, without trying we attained almost the same amount of members as the AFA, we are volunteers whereas the associations pay themselves in the order six million dollars in wages a year each. 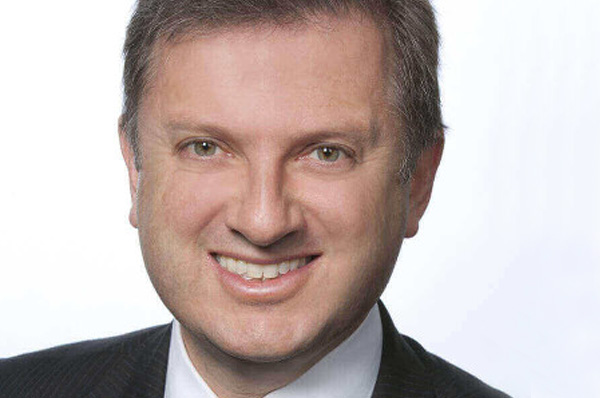