EXCLUSIVE: A leading economic forecaster says interest rates could come back to bite us when they finally return to normal levels.

Speaking at the 19th Annual Wraps, Platforms and Masterfunds Conference in the Hunter Valley last week, Deloitte Access Economics director Mike Thomas explained that while prices are stabilising, a number of risks remain in the housing market.

“We still have a massive overhang of apartments out there; a pipeline of units being built with no one to buy them,” Mr Thomas said. “Housing price falls are hurting housing construction. There is no price incentive. We see further pain in that part of the economy.”

The house price falls of the last 12 months have hit the biggest part of the economy: consumer spending. Mr Thomas explained that once house prices turned south, alongside with weak wages growth, it will hit retail turnover hard. Retail turnover is now at its lowest level since the early 1990s.

While the wealth effect of falling house prices is still being felt, Mr Thomas said the bigger risk is what will happen when interest rates return to normal levels.

“National income for Australia is running at around 4 per cent. Over time that has had a pretty good relationship to where interest rates are. There is quite a good correlation between those two measures. If that old rule of thumb holds true, then two things could happen,” he said. “One is that interest rates bounce back up to be in line with national income. The other is national income could just crater.”

“We are quite cognisant of the tension that is occurring between the real economy in terms of the income and how low interest rates are. How that resolves itself is pretty important.

“Basic finance theory tells us that the fair value of any asset is determined by the interest rate. If you’ve got really low interest rates, that’s pushing up the value of assets. If rates go up, shares and house prices start to look expensive.”

The Deloitte Access Economics director also highlighted the skyrocketing underemployment issue that the Reserve Bank has repeatedly alluded to.

“The unemployment rate is hovering around what used to be considered full employment. But underemployment is higher than it has ever been,” Mr Thomas said.

“Even though the unemployment rate is down, there are lots of people, young workers especially in that under 35 bracket who want to work more hours and can’t get them. The other area where there is a stack of spare labour is in older workers between 55 and 64. They want more hours.

“In the younger group it is trying to make that transition from training into the workforce that is proving difficult. For the older group it is the retraining story and trying to keep up with changes in the work place. That’s where the two pockets of underemployed labour is, which is keeping wages down.” 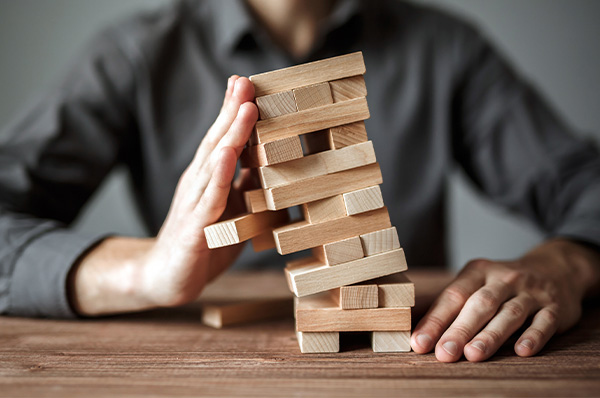