EXCLUSIVE: AMP advisers have been eager to share their stories with us this week. But the institution was also keen to make sure its side of the story was told.

When AMP’s new chief executive Francesco De Ferrari took up the top job he was well aware that the institution was in trouble. He was hired as a change agent and used the group’s AGM in May this year to explain to AMP shareholders that any large transformation of a company that has “been through such a crisis” needs to be anchored in its true sense of purpose.

“AMP’s sense of purpose goes back 170 years,” he said. “Many of the older buildings in which we operate still feature the Amicus statue, with the Goddess of Plenty standing above a family. It also bears a Latin inscription, which translated in English means ‘a certain friend in uncertain times’.”

But for AMP advisers facing an increasingly uncertain future, AMP has been anything but a “certain friend”.

One AMP adviser who wished to remain anonymous told ifa that the group’s actions toward its network of planners “tears at the fabric of what made AMP great, improved peoples lives and created a wealth management industry in Australia.”

“Placing an obsessive focus on shareholders ahead of clients is what got AMP into this mess in the first place,” he said. “They’re doing it again. There is a pattern emerging that concerns me. But without clients they won’t have any shareholders.

“How can anyone possibly expect an AMP adviser who is being forced out and possibly facing the loss of his family home to sit in front of clients and provide calm, well-considered advice? How could a licensee expect its advisers to keep defending AMP when it is treating them so callously?”

AMP-aligned advisers have shared their frustrations over the group’s decision to lower the multiple of BOLR arrangements to 2.5 times revenue while still keeping in place policies that make it prohibitive to continue earning a living.

Speaking to ifa, AMP Financial Planners Association CEO Neil Macdonald explained that the group has kept restraints on trade that mean once an adviser sells their business back to the company, they cannot work for three years.

“They have reduced the valuation from four to two and a half times but kept all the restraints of trade on so you can’t work in the industry for three years,” he said.

“If you go to BOLR there is a three-year restraint from working in the financial services industry.

“It is not a case of leaving and setting up again. If you don’t go BOLR there is a six-month restraint. It’s not just financial planning, it’s the financial services industry. You can’t even become an accountant.”

An AMP spokesperson told ifa that the buyer of last resort (BOLR) has always been an option available for business owners who are looking to retire and/or leave the industry altogether.

“Typical for commercial arrangements for business sales of this nature, BOLR includes non-compete clauses relating to other roles in the financial planning industry,” they said. “These terms have long been part of BOLR contracts and agreed to by practice principals.”

ifa also asked AMP if advisers are able to take their clients with them if they decide to leave the group.

AMP advisers have spoken to ifa anonymously and warned that clients have already started leaving following revelations about AMP during the Hayne royal commission. They say the damage to the company’s reputation has had a material impact on their business.

AMP advisers have also expressed fears for their clients if they sell their business back to the institution, which has revealed plans to roll out a robo-advice solution and drastically reduce its network of financial planners. 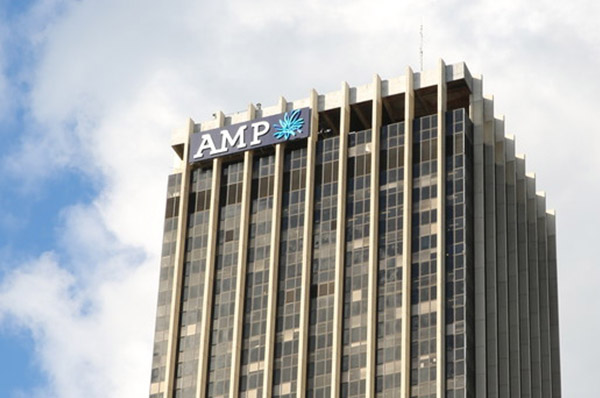