Advisers could soon be uninsurable

Over the last three years, PI insurance has been heading towards a hard market. Premiums have risen significantly for financial advisers and continue to rise. Some advisers pay upwards of 5 per cent of their revenue towards PI insurance.

Unfortunately, the forecast for financial adviser PI insurance is far from sunny. In fact, things are going to get worse. Much worse.

Tougher underwriting and reduced capacity, fewer competitors and higher premiums have created a perfect storm that is now seeing some advisers unable to insure themselves. Which is a big problem in Australia, where PI insurance is a legal obligation.

In 2014, the market was still relatively vibrant. Premiums were sitting at around 2 per cent of revenue and major players like Allianz, among others, ensured there was plenty of choice.

Five years later and the landscape has changed significantly.

Today, Lloyd’s Direct is on watch and is rumoured to be looking to ditch offering PI insurance to Aussie planners. Manchester Underwriting, which had remained in the market until November 2018, is no longer insuring Australian advisers.

It’s not just financial planners who are having an insurance problem. Australian-listed companies are also facing a major PI issue thanks to a flurry of remediation costs. Class actions prompted by the Hayne royal commission have also sparked fear among insurance providers.

Lloyd’s of London syndicates lump financial planners in the same “FI” (financial institutions) bucket as the major banks and superannuation funds, which means any negative press surrounding the big end of town impacts the insurability of advisers.

However, the royal commission and consequent class actions and negative press are only half the story. Last month I travelled to London and visited Lloyd’s to get the full picture.

Lloyd’s has had a good run up until 2017. On the whole, the profits looked good. But what was really going on was a balancing act between the strong performing syndicates and those losing money. Once weighed up, the overall result was positive. But once you drill down into the detail, certain syndicates were performing terribly. Such as those offering professional indemnity cover.

After observing the continued poor performance of PI insurance syndicates, Lloyd’s called on them to shape up or ship out. The market requested a handful of major syndicates to draw up a business plan that would provide options for them to turn things around. Lloyd’s turned down proposals by some of these syndicates, which had planned to increase premiums. As a result, the capacity of major players was reduced significantly.

In the UK, up until recently, financial advice has been an extremely profitable business for professional indemnity insurers. But geopolitical risks like Trump’s trade wars, sanctions on Iran and Brexit have major consequences for a 300-year-old insurance powerhouse like Lloyd’s.

On a micro-level, PI insurers are looking at a raft of issues stemming from ombudsman claims and disputes, the cladding crisis in the building industry and myriad issues within the other professions such as accounting and law.

There is plenty of money around, it’s just got to find its way into the right areas. What the syndicates need to demonstrate to the market is that they can continue to price risk and run a profitable business. A difficult thing to do when complaints are in vogue and the Australian Financial Complaints Authority is taking out full page ads in the AFR.

The bottom line is Australian businesses are simply becoming too risky for major players like Alliance Global to cover. The company will stop providing PI insurance in Australia from 1 September this year.

Advisers could soon be uninsurable 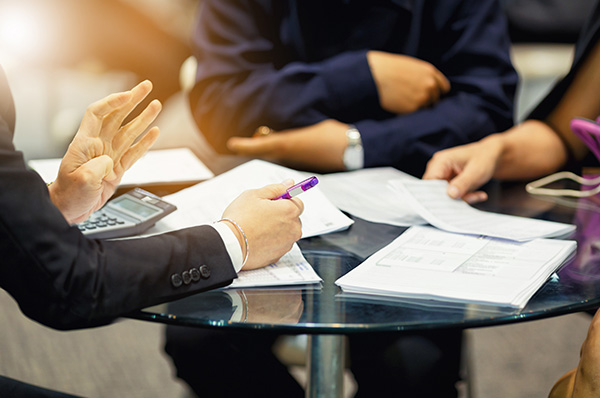