Consumer complaints to the Australian Financial Complaints Authority (AFCA) about investment and advice saw an increase of 69 per cent in its first six months of running, in contrast with the body’s predecessor over the same period.

AFCA’s first six months saw it receive more than 35,000 complaints, 35 per cent more than the combined average of its predecessors, as documented its first Six month report.

The body received 35,263 complaints in total during the period, 60 per cent of which were resolved and 74 per cent of them being resolved by agreement or in favour of the complainant.

Since AFCA started operating in November, it has overseen $83 million being paid to consumers and small businesses in settlements. This includes matters previously received by its predecessor, Financial Ombudsman Service, and resolved by AFCA.

The government body collected 1,684 complaints about investments and financial advice, 5 per cent of its total complaints. Around 43 per cent of the sector’s complaints were resolved.

A range of complaints were made around financial advice, with the most common including 350 claims about failure to follow instructions or an agreement, 229 about inappropriate advice and 141 that the adviser failed to act in their best interest.

The majority of complaints AFCA received (63 per cent) related to banking and finance, with around two-thirds (67 per cent) of those claims being associated with the big four banks.

Meanwhile, AFCA had 3,066 complaints about superannuation, making up 9 per cent of all complaints and more than double the amount of claims the authority initially anticipated. Almost half (47 per cent) were resolved.

Additionally, 879 complaints were received about life insurance, covering 2 per cent of all claims. Near half (48 per cent) were resolved.

The review noted a “sharp increase” in complaints about foreign exchange trading products, 402 in total and 42 per cent of claims in the investment segment.

One financial firm was said to generate almost 55 per cent of the foreign exchange complaints. It had its AFSL suspended by ASIC but is still a member with AFCA, allowing the body to still receive complaints about the business.

The top superannuation issue was reported to be incorrect fees and costs, with 416 complaints, which AFCA noted was a contrast against a small number of claims being received by the Superannuation Complaints Tribunal.

Nearly two-thirds of super complaints (62 per cent) were resolved within 60 days.

In the report, AFCA also revealed it is undertaking a ‘fairness project’ in an attempt to map community expectations and produce a set criterion for fairness to be used for assessing complaints.

ASIC has demanded fairness in the finance sector following the royal commission, with the Council of Financial Regulators last week updating its charter for the first time to say it recognises the benefits of a “fair financial system”.

AFCA has engaged independent consultants to review a sample of its decisions and test them against its decision-making criteria. The second stage in its plan is to then develop its approach to fairness – and how it assesses it between a financial firm and a complainant.

Financial firms have been required by law to cooperate with AFCA to resolve complaints since April. ASIC recently cracked down on AFSLs who had not yet obtained memberships with the body. 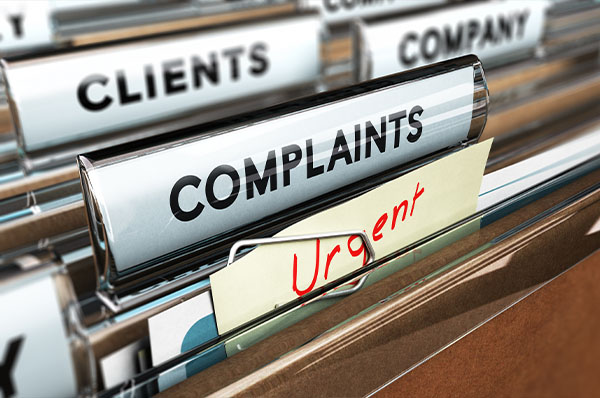