Advisers have been warned of ‘safe harbour’ loopholes that fail to protect clients from advice with conflicts of interest and is ultimately putting clients at risk.

The comments from Certainty Advice Group managing director Jim Stackpool come amid criticism of Evans Dixon’s heavy promotion of its own US Masters Residential Property Fund (URF) to its clients, as well as their reliance on the fund, which he said accounts for 67 per cent of Dixon's total group revenues.

Drawing attention to this ongoing conflict in the financial services industry, Mr Stackpool said the law fails to protect the consumer from vertically integrated business models such as Evans Dixon’s, saying “the fact there’s a conflict of interest is irrelevant under law”.

Further, he said a contributing factor is the client’s trust that their adviser has done due diligence on the recommended funds.

“That is what people pay for. And when they’re getting poor advice, they still don’t leave. There are often high fees on turnover of assets, which make it harder to close funds,” Mr Stackpool said.

“People are busy, they don’t have time to do all the research, and they trust their adviser to do the right thing. And a lot of these institutions know this.”

Mr Stackpool said while the URF Fund’s complicated, multiple-fee structure is relatively rare in Australia, conflict of interest between advice and product is not.

However, he said there are ways advisers can look after client investments into the future.

“First, consumers must learn that the ‘safe harbour’ law does not protect all their interests. Trust in financial advice cannot be built when conflicts (perceived or real) are present,” Mr Stackpool said.

It all comes down to how advisers are paid – disclosure is not enough. Renumeration structures drive culture; unconflicted remuneration where clients pay for advice directly rather than advisers being paid from products is the best way.”

FinBiz Advisers principal adviser Annette Pulbrook said it would be interesting to know if Dixon had been advising its clients to sell out at any point.

“They’d turned off the management fees for the URF in 2017. Now they’re in damage control against a potential shareholder revolt, as clients have not only been losing money in some of their Dixon investments, but also from their Evans Dixon shareholdings,” she said.

“I suspect Dixon are less worried about the quality of their advice, and more concerned their clients may be turning on them.”

“Vertically integrated institutions know how to tick the compliance boxes under the existing framework to protect themselves, while still recommending ‘in-house’ products to their clients. It may not be the best option for the client, but it’s legal, and they can do it,” Ms Humphries said. 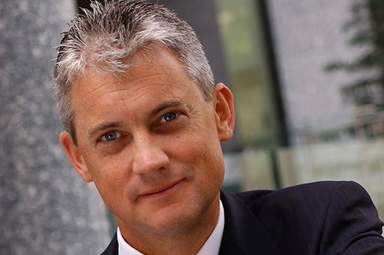