Hayne will lead to struggle for next-gen advisers

A major dilemma following the Hayne royal commission will be how the advice industry will attract the next generation of advisers who will be more drawn to career opportunities in other fields, says one M&A consultant.

According to Connect Financial Service Brokers chief executive Paul Tynan, the next generation of advisers will have the burden of education debt, over regulation, the tarnished reputation of financial services and an unfriendly business environment to contend with.

He said it’s just one of the many long-term consequences that the royal commission will have on the advice industry.

Mr Tynan also pointed out that the Canberra bubble and self-interest groups have completely hijacked the advice debate and the subsequent decisions have been made with no understanding about the effect this will have on consumers, their needs and affordability.

“Government, ASIC and the associations have been so consumed with conflicted remuneration they have failed to understand why commissions were developed to be paid out of product and why this concept came about globally within financial services,” Mr Tynan said.

“If the decision-makers were genuinely concerned about conflicted remuneration, they could have simply required every piece of advice to be in the best interest of the client and set level commission percentages.

Mr Tynan noted that the government’s re-election was seen as the rejection of Labor’s banning of franking credits for the retrospective nature of the proposed policy.

He then asked whether the government would apply the same principle and review grandfathered commissions on the same basis as it is also clearly based on the retrospective nature of changing product design.

“The commission in these products had no connection with the ongoing servicing of clients and was developed ‘in product’ because the consumer could not afford or would not pay for the advice,” Mr Tynan said.

As a result of these post-royal commission outcomes, Mr Tynan said Australia has entered into a new era of unaffordable advice – and it comes at a time where the majority of Baby Boomers will be entering into retirement with advice crucial for their financial wellbeing.

“To date, the debate around industry reform has been dominated by self-interest. It won’t be long before the extent of self-harm on the economy is realised and common sense will prevail,” he said.

“I am confident that once this realisation is made consumers will have access to affordable financial planning. Until then, expect pain for all.”

Hayne will lead to struggle for next-gen advisers 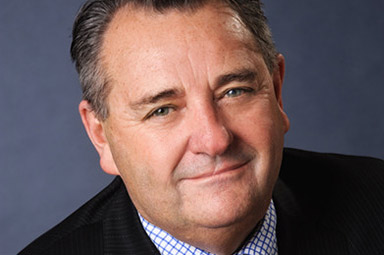