History shows that offering financial advice and mortgage broking under one roof is a road paved with problems.

Yellow Brick Road, Mortgage Choice, Loan Market and many more 'diversified' financial services groups have all had a go at selling both mortgages and advice to Australians. The results have been mixed. Other mortgage giants like market leaders Aussie Home Loans have no desire to meddle with the simplicity of their mortgage offering. The results have been positive.

For a long time, there has been a strong case for mortgages and advice to sit under the same roof. On paper it makes sense. The ‘one-stop shop’ model is an easy sell: the customer comes in and gets all their financial services in one place. It’s convenient for the client. It’s great for the group, which maximises its ‘share of wallet’ as the banks like to say. Then why hasn’t it been a roaring success?

After a decade trying to integrate wealth management and mortgage broking, Yellow Brick Road announced last month that it has decided to offload its wealth business.

“Going forward, the cost of maintaining YBR’s AFSL and associated compliance functions and liabilities would then no longer be borne by the YBR Group,” executive chairman Mark Bouris said.

“The restructure of the wealth business is expected to significantly reduce our cost base, allowing us to run a leaner and more cost-effective organisation.”

Back in 2014, then YBR CEO Matt Lawler – who is now heading up the financial advice arm of another mortgage broker, Loan Market – stated that mortgage broking is a “sub-segment” of financial planning.

This claim was rejected by former Mortgage Choice CEO Michael Russell, who had also launched a financial advice business under the group, Mortgage Choice Financial Planning. Mr Lawler is now CEO of Wealth Market, the advice arm of Loan Market, a major mortgage group owned by the Ray White family.

Mortgage Choice, which is now led by chief executive Susan Mitchell (who was CFO under Mr Russell’s leadership), continues to operate its financial planning business. Funds under advice are currently $816.9 million as of 31 December 2018.

Mayflower Consulting CEO Sarah Penn believes the main reason that mortgages and advice have failed to blend successfully under a single group is a result of the different functions they perform.

“At a group level, they are just such different animals. Especially from a management perspective and how you view the world and how it works as an ecosystem,” she said.

“What makes money and is a good process in mortgages is potentially the opposite when it comes to financial planning. Thinking that it’s going to be straightforward to create a mashup of the two … it just doesn’t work.”

Mortgage brokers lobbied hard to retain their commissions, which the royal commission recommended be banned in favour of a customer-pays model like financial advice. The Morrison government’s surprise win at this year’s federal election helped secure broker commissions (Labor had insisted on reforms).

But with commissions now a dirty word in financial advice, it has become difficult to reconcile operating a fee-for-service and a commission-only service simultaneously. Put simply, the money flows in different directions; a broker works on commission to obtain finance for a borrower, while an adviser is paid by their client to provide financial advice.

But while the ‘one-stop shop’ has failed to take off at a group level, it has been successful among smaller, independent operators.

“The interesting thing is that every second adviser also writes mortgages or has mortgage broker that they work with,” Ms Penn said.

“The other day I was speaking to an advice group where all of the planners also wrote mortgages. They’ve just decided to bring on a full-time broker, because there is enough demand for it.

“I also know a planner who is also a mortgage broker but refuses to settle loans because he doesn’t want to receive any commissions. None of the aggregators can come to terms with his approach.”

Aggregators are effectively clearing houses for broker commissions. They offer a range of marketing services and give brokers access to a panel of lenders. But they clip the ticket on every mortgage their brokers settle. Trying to operate that model in financial advice is just that straightforward.

Following the FOFA reforms, many mortgage groups that saw money to be made by the commoditisation of advice were left scratching their heads. Now, with the royal commission recommending grandfathered commissions be banned, compliance on the rise and FASEA adding a fresh layer of complexity to the mix, mortgages groups will no doubt be questioning their decision to move into wealth management.

But the fact remains that mortgages are a key part of a customer’s financial universe. They can’t be ignored.

Wealthful managing director Chris Bates is both a financial planner and a mortgage broker. It’s small business operators like him who are arguably in the best position to provide both services, rather than large groups.

In a 2017 Elite Broker podcast he said approximately 70 per cent of his total revenue comes from mortgages. This is what he had to say about offering both mortgages and advice to his clients:

“When I'm looking at on a mortgage broking side of the conversation, I'm saying that this is fitting into your overall picture and we kind of understand what you're doing, but I'm not acting as a financial adviser here because I'm not actually giving you actual strategies on other things like other investments and things like that. So we're talking about their overall plan, but they're the ones who are driving the decision behind it,” he said.

“On the financial planning side, I move them towards that when we're looking at managing an investment portfolio, or managing super, and then we start moving into fee-paying services. Insurance comes into that as well.

“I'm saying look, I'm no longer acting as a mortgage broker; I'm now acting under financial advice licence. You do have to be careful.

“I do think mortgage broking, in time I think there will be a fee-for-service offering for the more skilled ones that should be charging a fee, especially if commissions do get reduced for any reason, so I think having a value proposition more than mortgages is a smart move.” 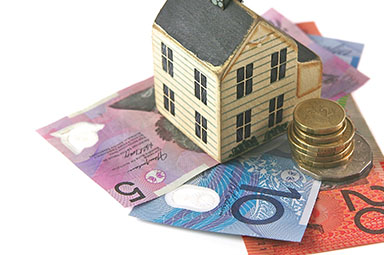