The Reserve Bank of Australia has announced its cash rate decision for June following its monthly monetary policy board meeting.

The RBA has officially cut the official cash rate to 1.25 per cent after months of speculation around a cut.

Last month the RBA surprised many analysts who were expecting a cut, particularly off the back of flat inflation data by the ABS and continued weakness in the market.

Minutes from the RBA’s May meeting showed that there was appetite among its members to cut the rate as early as June, with cited reasons being inflation and unemployment.

The rate stayed the same at the last meeting in face of conflicting signals according to Governor Phillip Lowe, but it seemed the RBA made up its mind.

The cut is the first change to the cash rate since August 2016 with financial markets priced for the 25-basis point cut.

Finder.com.au said that 95 per cent of their experts were predicting the cash rate including AMP’s Shane Oliver who said RBA had recognised where the economy was heading.

“The combination of slower growth in the minimum wage, falling building approvals, soft credit growth, falling March quarter investment and likely only modestly rising capex in 2019-20 leave the RBA on track to cut rates on Tuesday by 0.25% with further cuts to follow,” said Mr Oliver.

Mr Oliver said this would not be the only rate cut of the year, with an expectation that a second cash rate would follow.

Mr Oliver said that the RBA had a problem as a slowing jobs market and economy pointed to a further rise in unemployment when the RBA needed it lower.

“With a continuing run of softer than expected economic data, we doubt that just two cuts will be enough to get unemployment below 4.5% and now expect that the RBA will have to take the cash rate below 1%, which will see an increasing debate about whether it should use quantitative easing.

All respondents to Finder.com.au predicted the 25bps fall to the new record low with an additional 60 per cent saying the cash rate would likely fall to 1 per cent this year.

“Back in 2016 when the RBA was confronted with a very soft CPI result and they responded very quickly, cutting twice in that year. Since then we’ve been monitoring underlying drivers of inflation in the economy and, really, suggesting that those pressures are still in play. The inflation print we got just over a week ago, which is the weakest in three years, sealed the case that had already been brewing,” he said.

Treasurer Josh Frydenberg warned the big banks prior to the cut that the government expected them to pass on in full any rate cut from the Reserve Bank.

“With the economy facing significant headwinds domestically and internationally, it is important that the banks are continuing to keep their lending book open and that they pass on in full to the public any benefits of reduced funding costs," Mr Frydenberg said. 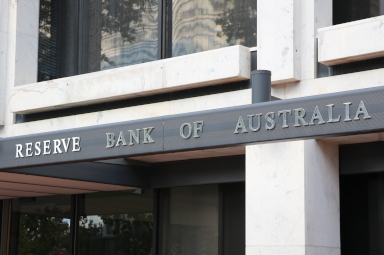