EXCLUSIVE The CFA Institute believes the financial advice industry needs major reform, including the immediate removal of grandfathered commissions, if it is to survive as a legitimate profession.

The institute recommends that grandfathered commissions be outlawed “immediately”, raises concerns with platform fees, believes the industry must ensure independence of advice and aligns its remuneration model to a “balanced scorecard” approach outlined in the 2017 Sedgwick review.

“The issues around banning grandfathered commissions and the pushback it has received demonstrates that the advice industry may not be ready to move away from being a distribution channel, a sales channel on behalf of the product manufacturers,” Mr Dunne said.

“If we want to actually professionalise then we need to take that leap and it needs to be a collective leap. The future success of the industry does require it to change. If it doesn’t change it will essentially whither on the vine.”

In a 60-page report titled Professionalising Financial Advice, the CFA Institute and CFA Societies Australia note that they do not see a single solution to the problems highlighted by the Hayne royal commission.

The CFA Institute has made 10 recommendations in relation to the financial advice sector, two of which look to ensure independence of advice.

“Consumers are often confused as to the independence of the adviser or advice firm they are dealing with,” the report said.

“The use of different brands and unclear disclosure of ownership or affiliation can mislead the consumer. Advisers and their firms might propose a restricted offering to consumers, who would not realise that the restriction was due to the adviser’s affiliation with another financial institution.”

The institute pointed to the example of regulations in the UK, where advisers or financial advice firms cannot claim to be independent if they are in fact part of a larger group.

“We acknowledge that Section 923A of the Corporations Act already contains terms governing who can say they are independent. In our view, this should go further to require those that are not independent clearly state they are not, especially to acknowledge if they are owned by a larger corporation,” the report said.

The institute also recommends that an independent professional body be established to register financial advisers.

“An independent industry body would register advisers, check qualifications and have the power to discipline its members,” the report said.

“Currently, individual advisers act as representatives of their firms. Despite detailed compliance procedures and layers of reporting and management, firms struggle to monitor the behaviour of their advisers appropriately.”

Melbourne-adviser Paul Moran of Moran Partners Financial Planning told ifa that he has been advocating for a standards body for some time.

“I like to think of it as the Australian Financial Planning Standards Council,” he said. “A body that would operate something like the AMA or similar where an elected group, supported by a professional team, was responsible for the oversight of the standards,” he explained.

“Importantly, they should not set the standards, but rather enlist a large number of committees to focus on specialist areas so as to engage with as many interested professionals as possible. The committees themselves should engage with academia to generate the research needed to develop and constantly improve the standards they would set. We would need strong government support for this and I’m not sure that we would have that right now; but perhaps in the near future.

“I truly hope that we can rise above the situation we have found ourselves in today – often considered untrustworthy and unprofessional.” 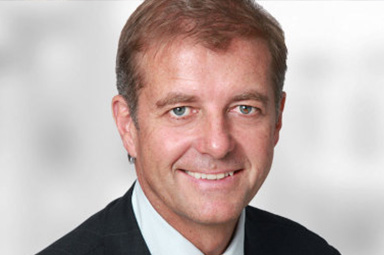