One investment house director believes the Reserve Bank of Australia will be hard pressed not to reduce the cash rate by up to 100 basis points by year-end.

Speaking to ifa sister publication Investor Daily, Franklin Templeton Investments’ Andrew Canobi said the RBA will now need to grit its teeth and overlook the inconvenience of a federal election and move quickly to ease monetary policy. He is confident the Reserve Bank will cut the cash rate today.

“If not today, then the RBA will need to lower soon if Australia is to avoid a disinflationary phase,” he said.

“The way we’ve been looking at the Australian economy is one where there have certainly been some significant downward pressures on inflation and prices, as well as some other headwinds that will start to weigh heavily on growth. Particularly in the household and consumer sector. We certainly saw that growth story in the end of last year when GDP started to slow,” he explained.

“Back in 2016 when the RBA was confronted with a very soft CPI result and they responded very quickly, cutting twice in that year. Since then we’ve been monitoring underlying drivers of inflation in the economy and, really, suggesting that those pressures are still in play. The inflation print we got just over a week ago, which is the weakest in three years, sealed the case that had already been brewing.”

As a result, Mr Canobi said Australia’s economic conditions make it “very difficult” for a central bank looking at inflation not to cut rates.

The director, who has over 20 years' industry experience in fixed income portfolio management, who was previously a senior portfolio manager at Deutsche Bank, poured cold water on any suggestions that the Reserve Bank might be contemplating an alternative strategy to easing monetary policy.

Last week, fund manager Chris Joye suggested that the RBA, APRA and the banking industry were considering lowering mortgage serviceability buffers as an alternative to a rate cut.

“It’s a good theoretical discussion, but the RBA will use the tools at its disposal,” Mr Canobi said. “Central banks still believe in the potency and power of monetary policy.”

In fact, the Franklin Templeton director is confident that rate cuts could be a more powerful weapon to drive economic growth now than they have been in the past, thanks to regulatory intervention in the mortgage market.

“APRA has firewalled the housing sector from the impacts of easing monetary policy,” Mr Canobi said, adding that a rate cut can therefore be targeted to other parts of the economy and put downward pressure on the Aussie dollar.

However, he doesn’t believe a series of rate cuts will revamp the property market any time soon.

“We are not so sure that the worst is over for the housing market. Rate cuts will help at the margin, but the bigger issue is access to credit,” Mr Canobi said. “Will access to credit change because of a rate cut? Not necessarily.

“What we are now starting to realise as an economy is a lot of the credit that was advanced in the last five to 10 years shouldn’t have been lent, or not in the quantum that it was. We have structurally moved to a new way of assessing credit worthiness,” he said.

“When we talk to our colleagues in other markets around the world and we say in a city like Sydney, the median household income in 10 per cent of the average house price. How does that work in the long-term? The numbers don’t make sense.” 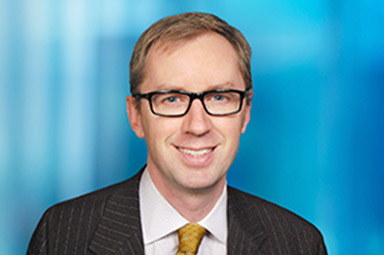 The corporate regulator has issued a consultation on its new breach reporting reforms for licensees, saying the new rules will correct “prolonged an...