The wealth and financial planning divisions of the big four banks have been largely responsible for the $1.9 billion in total remediation costs in the first half of 2019.

Professional services giant EY’s analysis found that the 2019 half-year results announcements of Australia’s major banks reflect a turbulent start to the year, with slowing revenue, higher remediation costs, a flagging economy and the delivery of the financial services royal commission’s outcomes all taking a substantial toll on the sector.

EY Oceania banking and capital markets leader Tim Dring said the growth outlook for the Australia’s major banks is increasingly uncertain, with profits down, remediation costs up and margins under significant pressure.

“The financial services royal commission has disrupted the banks’ risk appetites and business flow, propelling them to reshape their processes, simplify products and address compliance obligations, as they prepare for more intensive levels of regulatory supervision and enforcement from APRA and ASIC. It has also revealed issues in their back books,” Mr Dring said.

“While most of the major banks’ cash earnings were up from the 2018 half year, this doesn’t take into account the significant impact that growing remediation costs are having to overall profits. In the last 18 months, total remediation costs across the big four have reached $4.8 billion – with $1.9 billion set aside for remediation in their 2019 half-year results alone.”

Collectively, the big four have incurred $1.9 billion in remediation costs during the first half of fiscal 2019.

“So far, remediation costs have related mostly to misconduct issues within wealth management divisions. But, ongoing investigation into product design and compliance will likely see further increases in the banks’ remediation burden that will put cost-to-income ratios under increasing pressure,” Mr Dring said.

“Adding to this pressure, the major banks are facing a stricter executive pay framework (BEAR) and more onerous regulatory regime at the same time as the market is opening up to increased competition from non-banks and foreign banks.”

“Credit growth is slowing alongside the housing market. While the environment remains relatively benign at present, the headwinds are mounting as low-saving households face anemic wage growth, record high debt, increasing portions of budgets being taken up by non-discretionary spending and, now, falling housing prices,” she said.

“It seems inevitable that we are in for a period of slower economic growth and this will present another challenge for the major banks, especially if households look to deleverage.” 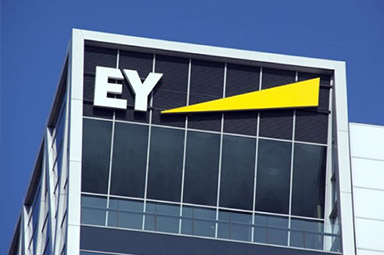