The investment manager’s share price fell by 13 per cent on Thursday after the group posted a significant decline in performance fees, fee revenue and profit.

Global asset manager Pendal Group has copped a hit to its profit for the half year ending 31 March, with its net profit after tax (NPAT) coming to $84.5 million, down 26 per cent from the prior corresponding period (PCP).

The company cited “significantly lower performance fees” in a volatile global market for the fall in profit. Performance fees were 91 per cent lower at $4.4 million, compared with $47.6 million in the PCP.

The volatility, “combined with Brexit uncertainty resulted in cautious investor sentiment, particularly on Europe and subdued industry flows in the region”, Pendal said.

It also looked to US rate policy, tightening financial conditions and a deepening concern regarding economic growth as causes of pressure on equity markets, although Pendal noted the market has somewhat recovered during the March quarter.

Funds under management (FUM) closed at $100.9 billion, down $0.7 billion for the half, which Pendal said was led by lower market levels and partially offset by the lower Australian dollar and strong inflows into cash and fixed income strategies.

“The market returns in the December quarter were the worst on record since the September 2011 quarter, and despite a rebound in market returns in the March quarter, the volatility over the half has led to a significant increase in risk aversion from clients,” Emilio Gonzalez, Pendal Group chief executive, said.

“Any resolution to the US/China trade talks and clarity over Brexit should see investor confidence improve.”

The group saw “strong” net inflows in the Australian business, while ongoing Brexit uncertainty impacted its flows in the UK and Europe.

The half saw net outflows in European equities of $1.2 billion.

Statutory NPAT for the group was $69.9 million, falling by 37 per cent.

“Although the start of our financial year coincided with one of the most difficult periods for markets since the global financial crisis, our business attracted strong institutional flows into our Australian equities, cash and fixed interest strategies,” Mr Gonzalez said.

“This helped maintain our FUM during this period where we saw outflows in our European and Asian equities.”

In March, the company acquired Regnan, an ESG stewardship research adviser based in Australia.

Mr Gonzalez said despite the difficult trading conditions, Pendal’s balance sheet with no debt and good cash flow means the firm is in a strong position to expand its capabilities and global position.

“We remain focused on expanding our investment and distribution capabilities, maintaining a disciplined approach to managing capacity and providing ongoing support to our investment talent through our investment-led culture and business model.” 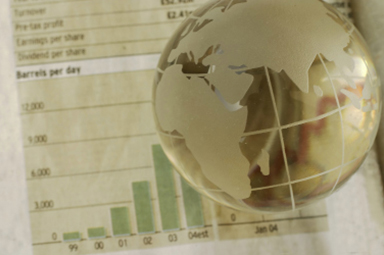