Fees for no service unfairly placed on advisers: CEO

The issue of fees for no service was unfairly labelled an advice problem and was more based around governance and management, according to a licensee CEO.

Speaking on the live webcast of ifa sister publication Investor Daily yesterday, Lifespan Financial Planning chief executive Eugene Ardino said identifying the problems around fees for no service should be based around who received most of that revenue.

“Who received a lot of that revenue? It was the employer. It was the AFSL who employed the financial planners who were supposed to be servicing those in many cases. There weren't too many cases where it was a self-employed planner who wasn't servicing their clients because I don't see any of that,” Mr Ardino said.

“I don't think it's an advice issue. That's a governance, that's a management issue, and that's being dealt with. I don't know that we're going to see much more of that given how hard the regulators and the government are coming down on it.”

Adding to the debate on the best adviser remuneration model moving forward, APAC regional bureau chief at Thomson Reuters, Nathan Lynch, said it is interesting the lawyers and accountants are both vastly changing their remuneration and fee structure and models, not because of regulation but because of technological disruption.

“There's that aspect as well which is that the industry gets on the front foot, comes up with better ways of charging that potentially move away from hours in front of a client. Accountants have had to do that because platforms like Xero are taking away a lot of the grunt work, and it will happen in this sector,” Mr Lynch said.

In response, Mr Ardino noted there was a lot of focus on how professionals charge, but personally thought the hourly rate was “a very conflicted model”.

As for the move towards professionalism, he said whether or not you’re professional doesn’t necessarily have to hinge on whether you’re the member of a professional body.

“There are a lot of conflicts in the medical industry, in the legal industry, in the accounting industry. The difficulty is, in our business, when a client has a bad outcome and loses money, you can see it. In some of those others that we've mentioned, often it's so complicated and you don't see the negative impact of the poor advice that you've received, that you sort of don't know where you stand. Because [financial advisers] deal in a much more tangible space and we're at the coal face.

“So you have a product failure. Well, you recommended the product. You may have done a reasonable amount of due diligence. You may not have. But the client sees you as the cause of that and it's a lot easier to target advisers. I don't think that's ever going to change.”

Fees for no service unfairly placed on advisers: CEO 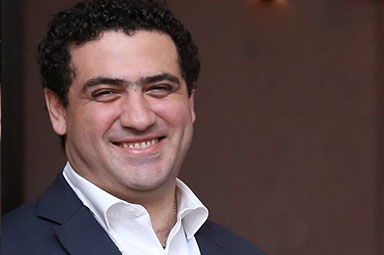