Investor who took on banned adviser takes on insurance giant

An SMSF investor has taken court action against an insurance company to recover amounts payable to them from a deregistered financial services company connected to a former adviser who was banned by ASIC in 2011.

Mr King was permanently banned by ASIC in May 2011 after the regulator found he engaged in misleading and deceptive conduct between July 2007 and June 2008.

The statement of claim by the plaintiffs stated that between June 2007 and June 2008, Stripe Capital bought and sold securities on behalf of Ratsus, Young Investments and Reid Park without instructions and bought securities that were not authorised securities including options.

It also stated that without permission Stripe undertook high volume trading of securities in order to effect transactions on which commissions would be earned by Stripe without any or any reasonably commensurate benefit being earned by Rastus, Young Investments and or Reid Park.

The plaintiffs also claimed that Stripe and Mr King made misleading or deceptive representations about a margin loan agreement.

It was also alleged they had suffered millions of dollars in loss and damages as a result of the various breaches.

The plaintiffs therefore brought action against QBE, which ASANDAS previously held an indemnity policy with, seeking to recover these amounts payable to them.

At the time of the deregistration, ASANDAS had a liability to the plaintiff and also held an insurance contract with QBE which the plaintiffs claimed covered the liability.

QBE sought to rely on two exclusions in its insurance policy including an unauthorised transaction exclusion and the conflict exclusion.

Chief Justice Peter Damien Quinlan found that neither the unauthorised transaction exclusion nor the conflict exclusion applied to claims in the case, and found that plaintiffs entitled to judgment against QBE pursuant to s 601AG of the Corporations Act 2001 (Cth) up to the aggregate limit of indemnity of $10,000,000.

Investor who took on banned adviser takes on insurance giant 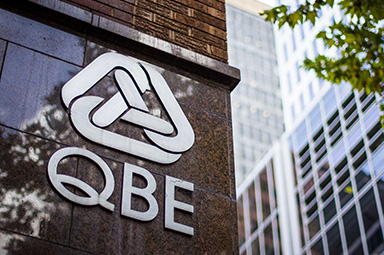