ASIC’s review into fees for no service has named the big four banks, Macquarie and AMP for not completing further internal reviews into the issue.

AMP, ANZ, CBA, Macquarie, NAB and Westpac have been named by ASIC for not having completed the review to identify systemic fees-for-no-service failures beyond those already identified and reported to ASIC since 2013.

The main reasons for the delays are poor record-keeping and systems within the institutions, which have meant banks are unable to access customer files to review.

There has also been a failure by some institutions to propose reasonable customer-centric methodologies to identify and compensate customers despite ASIC claiming it clearly articulated expectations.

ASIC said it rejected a few of the methodologies due to requirements for customers to opt-in to the review and remediation program and a proposal for customers to assess whether there had been a fair exchange of value.

Another reason for the delay was some institutions taking a legalistic approach to determine the services they were required to provide.

Since 2014, ASIC has supervised the fees-for-no-service compensation program of 32 licensees and as of this year the big four plus AMP have collectively paid or offered about $350 million in compensation.

While the reviews are incomplete, the institutions have provisions of more than $800 million towards potential compensation for further systemic fees failures.

ASIC commissioner Danielle Press said the institutions were taking too long to conduct the reviews and welcomed the government’s commitment to increasing ASIC’s powers.

“These reviews have been unreasonably delayed. ASIC acknowledges that they are large scale reviews – they relate to systemic failures over long periods with reviews going back six to 10 years and cover 36 licensees from the six institutions that currently authorise more than 7,000 advisers,” she said.

“However, we believe the institutions have failed to sufficiently prioritise and resource their reviews, particularly as ASIC advised them to commence the reviews in mid-2015 or early 2016.”

Ms Press said she was pleased the government wanted to give ASIC directions power, which would allow the commission to speed up remediation programs.

“We are pleased the government has agreed to adopt recommendations from the 2017 ASIC Enforcement Review Taskforce Report, which includes a directions power. This would allow ASIC to direct AFS licensees to establish suitable customer review and compensation programs,” she said.

In a report card released by ASIC, each of the six institutions were found to not be providing ASIC with enough information, particularly when it related to licensees owned by the big banks.

AMP has yet to propose a method to review the files of former advisers while CBA had proposed to only look back six years to determine whether victims of the Pathways division needed compensation, despite ASIC's standard of seven years.

ASIC also strongly disagreed with the compensations approach proposed by CBA and with Macquarie's proposed interest payment on compensation, which was a lower rate than the benchmark.

NAB-owned JBWere had yet to agree with the commission on a period of time over which customer files should be reviewed and Westpac had yet to provide a compensation methodology for two of its businesses.

Currently, most of the institutions have given ASIC a timeline for the review completion with Westpac, NAB and Macquarie advising that by mid to end of the year the review and remediation should be completed.

Only ANZ has yet to give ASIC an estimated completion for the review, with CBA announcing it had finished its review but said it would conduct another one to capture customers of its licensees like Count Financial, Financial Wisdom and the Pathways division of CFPL. 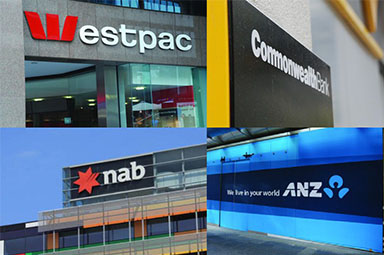