The Commonwealth Bank of Australia has said it would “simply and concisely” disclose why its advisers are not independent or unbiased in supporting all of the recommendations laid out in the Hayne commission’s final report.

The final report put out 76 recommendations, including 10 under financial advice such as the disclosure of lack of independence and an end to grandfathered commissions.

In its response to the recommendations, CBA said it would be moving to a new model in its salaried advice channel, Commonwealth Financial Planning, where customers pay only after the service is delivered.

It also said it would soon be updating its communications to customers to ensure that it discloses "simply and concisely" why an adviser is not independent, impartial and unbiased, and that it will include training for advisers.

CBA has created its own royal commission implementation taskforce that will be chaired by deputy chief executive David Cohen.

During the royal commission hearings, CBA private banking boss Marianne Perkovic had been accused of providing a misleading overview of the bank’s financial adviser numbers.

CBA chief executive Matt Comyn told the house standing committee on economics he welcomed the final report and all of its 76 recommendations.

“We will support this work and take steps where we can, so that once the regulatory framework is in place, we are ready to act.”

Mr Comyn also said it is implementing the royal commission recommendations transparently and will issue regular updates on its progress.

“The immediate actions we are taking will ensure we are putting our customers first and that we continue to strengthen our governance to become a better organisation,” he said.

“We expect to be judged by our actions, not words, and that is why today I have focused on the actions we are taking.” 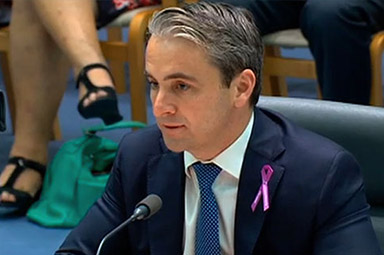