Regulations in the UK moving towards the non-aligned financial advice model has led to an “advice gap”, with planners moving back to the vertically-integrated model, according to an analysis.

A research note from Morgan Stanley said the financial advice market in the UK shows regulation driving open architecture and independent advice to break down vertical integration have proved challenging.

As a result, the industry is moving back to a vertically-integrated model as planners move to restricted advice.

“The unbundling of the value chain (product manufacture, distribution and advice) has, in our view, led to a significant change in the makeup of the UK (retail) investment market, with several trends now emerging, some years after reforms were introduced,” Morgan Stanley said.

“The main impact has been the creation of an ‘advice gap’, we believe.”

Following larger financial institutions (Barclays, HSBC, Lloyds and RBS) announcing they would no longer offer advice and/or redirect efforts to target high and ultra-high-net-worth individuals, Morgan Stanley’s research noted that the financial advice industry saw around a 20 per cent reduction in the number of financial advisers between 2011 and 2016.

In particular, the banks saw the largest compression, losing almost 60 per cent of its advisers.

However, Morgan Stanley added that the reduction in the number of advisers has coincided with market consolidation as smaller players exited with larger, scaled players such as St. James’s Place benefiting, growing its number of advisers by 6 to 7 per cent per annum, and net new business (as a percentage of opening funds under administration) consistently in the low-double-digit percentage range over the last five to six years.

The UK’s Financial Conduct Authority proposed its Retail Distribution Review (RDR) in 2009 before implementing it on 1 January 2013.

Under the model, advice firms must describe their financial advice as “independent” or “restricted” (bank-aligned).

Further, advisers can no longer receive commissions from product providers and must agree to upfront fees with customers.

Advisers are also required to hold a professional qualification, complete annual professional development and comply with a code of ethics. 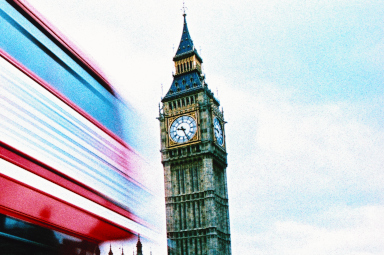