The Association of Financial Advisers has come out swinging against Labor’s plan to end grandfathered commissions, arguing it will hand another victory to the big end of town at the expense of small advice businesses and their clients.

In a statement, AFA chief executive Philip Kewin said attempting to turn off grandfathered commissions in such a short time frame will only serve to benefit institutions who will be able to hold onto them, with no compulsion to pass any benefit on to consumers.

He argued that many clients currently receiving advice services for these payments will lose access to them, without any reduction in their fees.

The argument that grandfathered commissions have continued for too long is not reflected in the facts, Mr Kewin said.

“At no stage have the objectives and potential consequences been discussed or debated. Both Treasury and ASIC have confirmed that they have not done any research or investigation to confirm the current level of grandfathered commissions or the implications of seeking to remove it,” Mr Kewin said.

“Achieving the right outcome for clients is a much more complex proposition than is appreciated by any of the proponents for a ban.”

Therefore, Mr Kewin argued that the proposed ban is simply an issue of political expediency, which numerous stakeholders have sought to use in order to leverage political, media and commercial benefit at the expense of small business and consumers.

He said this is neither fair nor acceptable as it jeopardises the livelihoods of professional, hard-working financial advisers.

“The potential financial and emotional impact on these people is profound. Forcing a transition sooner than practical also jeopardises the ability for clients to remain in an advice relationship,” said Mr Kewin.

“This is unnecessary, especially given that there are avenues for a sensible transition available to the government and opposition to consider, should they choose to work with the industry.”

According to Mr Kewin, small advice practice owners have acquired businesses in recent years that include grandfathered commission clients and have taken out loans to fund these acquisitions on the basis of prevailing valuation methods.

He said these small business owners had no expectation that grandfathered commission arrangements would come to a sudden end.

“The proposal to ban grandfathered commissions in such a short time frame will put them and their businesses at genuine risk,” Mr Kewin said.

“Who has done the work to understand the consequences of this decision?  What level of borrowings are based upon these valuations and how many financial advice businesses will be put at risk of foreclosure?”

Lastly, Mr Kewin provided a reminder that when Labor introduced the Future of Financial Advice (FoFA) legislation into Parliament in 2011, the current Leader of the Opposition, Bill Shorten, who was the relevant minister at the time, stated in a media release dated 29 August 2011 that based upon advice from the Australian Government Solicitor, the FoFA ban on trail commissions would not apply to existing investment and superannuation business.

“We also respectfully remind the ALP that when they introduced the legislation and grandfathered existing trail commissions on existing business, they did not suggest that it was a transitional arrangement or that they expected it to disappear within a limited time frame,” he said. 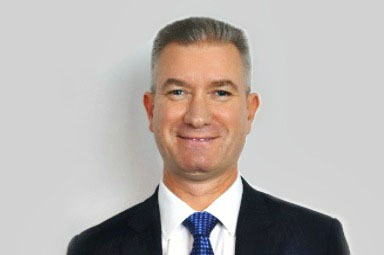