The conditions for advisers are changing, says Dow Jones, but the new environment will allow great advisers to thrive.

Dow Jones global head of wealth and asset management Sterling Shea said that the Australian wealth management industry had suffered some damage but was fundamentally strong.

“You have a business where there has been reputational damage and a fundamental misunderstanding in the public but when you peel it back a little and you look at the high-level advisers, these are people with exceptional qualities running great businesses and providing excellent financial outcomes for their clients,” Mr Shea said.

Mr Shea said advisers would have to create scalable and better businesses to survive in the new environment.

“There will be fewer but probably bigger groups, we will see consolidation in the industry, but the level of quality will be better looking forward. The best people are going to be able to survive and thrive and add value,” he said.

Mr Shea said the great work of advisers has not been told to the investing public and the work of many was going unnoticed.

“Boutique and independent practitioners are building great businesses providing holistic advice and excellent investment processes on behalf of their clients but its undercelebrated and under-recognised,” he said.

Mr Shea said in the wake of the royal commission and scrutiny by the regulatory bodies and government, it would take some time to gain back that recognition.

“The good news is that it’s going to be a great opportunity for the best advisers and mediocrity gets exposed and puts money into motion,” he said.

“That flight to quality will benefit people who are already running great businesses and earning meaningful value for clients.”

The industry will rally behind forward thinking advisers, said Mr Shea, and others would get left behind.

“The industry, I believe, is going to rally around a group of smaller, forward-thinking, presumably better, advisers because the other ones are going to get weeded out in this cathartic change that has been brought about,” he said.

Regulators had a part to play in this as well and they had to create effective frameworks that advisers could follow, said Mr Shea.

“Effective regulation is best when its working in cohesion and in concert with the industry that knows what kind of structures are going to be necessary to enable good advisers to have great businesses,” he said.

However, if regulators created costly and difficult infrastructure that pushed aside advisers, that would not produce good consumer outcomes, said Mr Shea.

“If we create a regulatory framework that’s so onerous and so costly that it inhibits innovation and new entries and expansions in the business that’s not a great result for consumers,” he said.

Ultimately the advice industry would survive and thrive, said Mr Shea, but it would take time.

“It’s going to take time for the public to recognise there is no overnight fix to the reputational damage that has been done but over time the industry will rally around its best and highest quality producers,” he said. 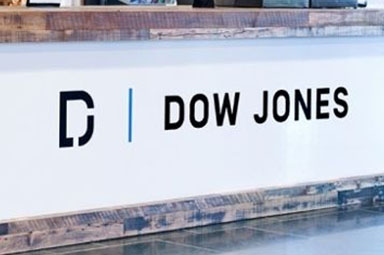