ASIC will be able to undertake harsher civil penalties against banks, their executives and others who breach financial services law under new amendments that have passed the Senate.

The Treasury Laws Amendment Bill 2018 implements recommendations of the ASIC enforcement review taskforce and will allow the commission to pursue harsher civil penalties and criminal sanctions against banks, their executives and others who have breached corporate and financial services law.

The amendments strengthens existing penalties and introduces new one for those who have breached the corporate laws that protect Australian citizens.

The bill increases the prison penalties for serious offences to 15 years, including breaches of director’s duties and misleading disclosure or dishonest conduct.

Civil penalties will also apply to a greater range of misconduct, including licensee’s failure to act efficiently, honestly and fairly as well as failure to report breaches and defective disclosure.

The amendments will impact the 2011 Corporations Act and ASIC Act as well as the National Consumer Credit Protection Act and Insurance Contracts Act.

“The legislation is the culmination of ASIC’s recommendations to government to increase penalties and provides the legislative reform to ensure breaches of the law are appropriately punished,” he said.

Mr Crennan said that aspects of the law lacked sufficient penalties but now that had changed.

“ASIC will now be in a stronger position to pursue harsh civil penalties and criminal sanctions against those who have breached the corporate laws of Australia,” said Mr Crennan. 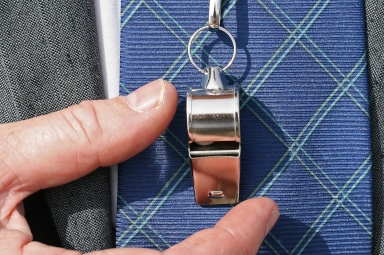