AMP has announced that the number of advisers in its core licensees in Australia went down by 4.6 per cent from last year, with the chief executive flagging a “consolidation” of its advice network.

AMP said this was “largely due to exits from the industry including retirements”, as well as an “increased focus on reshaping the adviser network; shifting emphasis away from adviser numbers to productivity, professionalism and compliance”.

Further, it noted over the year an implementation of its education and training program for new advisers, Adviser Pathways.

Commenting on the result in a teleconference, AMP chief executive Francesco De Ferrari said a lot of the financial modelling in the past was really driven by the number of financial advisers.

However, based on his experience with this type of transformation in other advice markets, the quality of financial advisers is much more relevant than the absolute number.

“As this business increasingly becomes more difficult to run, I have seen a general trend of consolidation, where people who do financial advice on the side or have it as a part-time activity or would have a one-person practice, they would find it very hard to be able to comply with the new FASEA professional standards, and with all the other requirements are coming from running a compliant advice business,” Mr De Ferrari said.

“If you want my outlook, my outlook will be that we will be able to really partner with a larger and more professionally-run advice practices in our network, and they will tend to consolidate some of the fringes.”

Mr De Ferrari was then asked if the future is that there might be fewer advisers in the network, but AMP’s arrangements it’s made with larger advice firms to be able to consolidate the quality of the advice is what will be the change.

In an announcement to the ASX, AMP also announced its earnings in its Australian wealth management business declined $28 million over the 2018 financial year.

It said the result was largely due to higher margin compression from the MySuper fee reduction, weaker investment markets and the transition of clients to lower-cost, contemporary products such as MyNorth.

AMP said the reduced revenues were partially offset by lower controllable costs, while other revenue decreased largely due to advice impairments on the carrying value of client registers. 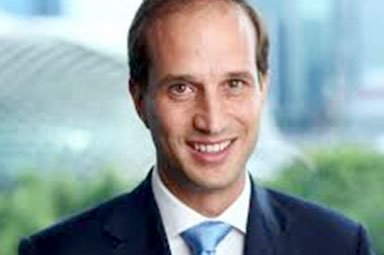