The royal commission final report will be “highly critical” of troubled wealth giant AMP and expect its recommendations to negatively impact the group’s vertically integrated business, according to an analyst.

In a research note published on Thursday, Morningstar analyst Chanaka Gunasekera said the most immediate near-term risk for AMP will be the royal commission’s final report, which the government will release after the market closes on Monday, 4 February.

“We expect the report to be highly critical of AMP’s governance and conduct,” the analyst said.

“However, the key risk remains the potential for the royal commission to recommend the dismantling of the company’s vertically integrated wealth management business mode.

“While we think the most likely outcome is that a wholesale separation of its advice, platform, product manufacturing and other businesses will not be recommended, we nevertheless expect the recommendations will lead to a reduction in the competitive advantage of operating this vertically integrated model.”

In his interim report to the Royal Commission into Misconduct in the Banking, Superannuation and Financial Services Industry, Commissioner Hayne questioned vertical integration as it relates to financial advice.

“The one-stop shop has an incentive to promote the owner’s products above others, even where they may not be ideal for the consumer,” Mr Hayne said.

Morningstar also flagged the uncertainty around the strategy of AMP’s new chief executive Francesco De Ferrari, who has just taken up the reins and has been tasked with being a change agent for the group.

While the new CEO’s strategy will largely depend on Hayne’s final report, there are other risks at play.

“The political risks are heightened by the fact that a pseudo-federal election campaign has commended, with the poll expected by the middle of May 2019,” Mr Gunasekera said.

Morningstar will review the outlook for Aussie wealth managers following the publication of the royal commission final report.

Evidence about platform fees and the provision of financial advice at the royal commission posed significant questions about the aspects of ‘one-stop-shop’ models in advice industry.

In particular, it invited attention to how the vertical integration of the industry may harm clients by protecting platform entities associated with advice licensees from competitive pressures.

The commissioner claimed that clients end up paying more for platform services than other providers would charge for the same service.

In their response to the interim report, Australia’s largest financial institutions acknowledged that conflicts of interest exist but stressed that they can be managed effectively.

AMP’s submission argued that “there are many advantages of vertically integrated structures and that no recommendation should be made by the commission which would limit an entity’s commercial flexibility to adopt a vertically integrated model, as and when it considers it appropriate to do so.”

In an earlier submission to the royal commission, AMP outlined the following benefits to consumers of a vertically integrated model:

- economies of scale which benefit consumers;

- potentially lowering the cost of advice;

- convenience of a relationship with a single financial institution;

- perceived safety in dealing with a large institution;

- having access to different forms of advice (e.g. phone, on-line, face to face);

- having trust in the institution; and

- that large institutions stand behind the advice that authorised representatives provide to customers and have the capacity to do so. 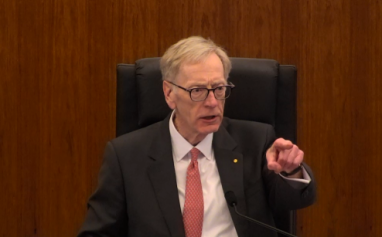