The issues likely to be at the core of the Hayne royal commission final report will not be properly addressed by simply ramping up compliance, according to a think tank.

Speaking last week at an annual function organised by Pritchitt Partners, executive director of The Ethics Centre, Dr Simon Longstaff, said commissioner Kenneth Hayne made it clear during the hearings that he is not simply looking for more legislation.

Rather, Mr Hayne requires that the existing rules be applied and expects the industry to choose an ethical standard that keeps it well within the bounds of the law.

Commenting on the behaviour of executives in financial services, Dr Longstaff said that this is not an industry populated by monsters, or full of wicked individuals asking, ‘How can I do something terrible today?’.

“These are invariably good people led by institutional arrangements to do bad things,” he told the audience.

“During the commission’s hearings, we have heard deeply troubling stories that now define, in the public mind, the conduct of organisations and a whole industry. It does not matter that the incidents of egregiously bad behaviour were relatively few in type. Like the sting at the tip of a scorpion’s tail, they have caused massive damage.”

Dr Longstaff noted that banks have recognised for a long time that the community has labelled them as greedy and perhaps a bit nasty.

However, he thought that a Rubicon has been crossed and banks and other financial institutions are perceived as being dishonest, and has created a huge challenge for the financial services organisations to respond to these circumstances.

“It cannot be fixed by being better than competitors at such things as service or product design, and getting all the nuts and bolts right,” Dr Longstaff said.

“More than that is required. It all comes back to principled behaviour.”

Dr Longstaff said that commissioner Hayne’s comments imply that he wants the industry to be ethical, and to not merely to be compliant for fear of being discovered and punished.

Further, he said that’s why The Ethics Centre hopes there will be a surge in engagement with the Banking and Finance Oath that has been long neglected by large parts of the industry, and sets an ethical framework of precisely the kind needed to address the issues identified by commissioner Hayne.

“If the industry understands its purpose and the standards and principles that underpin it, and acts on them, it will be able to navigate all the legal shoals it might encounter. It will have a compass and a purpose that will help achieve ends other people will accept as reasonable,” Dr Longstaff said.

“With some failing to see this – cutting corners because, technically, it’s allowed – the industry has ended up in the position it now finds itself.”

“If you do it for the dividend, you won’t get the dividend. It’s not a Pollyanna-world where every ethical decision is met with instant rewards. It’s a case of being ethical for its own sake. The rewards of trust only flow to the trustworthy.” 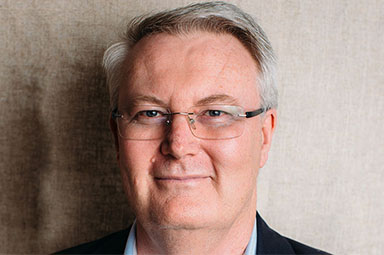