Most Aussies not prepared to pay fee-for-service

New research from Momentum Intelligence has found that close to 60 per cent of consumers intending to use a mortgage broker in the future would not be willing to pay a fee for the service.

The findings also revealed that only 3.5 per cent of consumers would be willing to pay a fee equivalent to the average upfront broker commission.

Therefore, Momentum Intelligence concluded that if the ‘consumer-pays’ model was mandated, this would likely prevent consumers from accessing the services of a mortgage broker, subsequently limiting choice and easing competition in Australia’s mortgage lending market.

Momentum Intelligence director Alex Whitlock said a serious implication of the proposed fee-for-service model is that consumers would be naturally driven to their primary personal bank, which is likely to be one of the big four.

As a result, he said this would reduce competition by driving smaller lenders, who rely heavily on brokers, out of the market.

“Fewer lenders will give the dominant retail banks the opportunity to increase their margin by pushing up interest rates. With mortgage repayments and household debt concerns looming, this result could also potentially lead to higher financial distress for Australian consumers,” Mr Whitlock said.

“Whatever the recommendations made in the royal commission final report, the fact remains that customers continue to see the value in using brokers, with recent industry figures showing mortgage brokers settled 59.1 per cent of all residential home loans, the highest broker market share to date.”

Mortgage broker remuneration has faced significant scrutiny in recent years. Much of the attention has been driven by the momentum created by the Future of Financial Advice (FOFA) reforms that reshaped the way financial planners are remunerated.

Comparisons between the two professions are still common. Last year the royal commission was made aware of a letter from former CBA chief executive Ian Narev to Stephen Sedgwick, author of the Sedgwick review into remuneration.

"We agree with the review's observations that many broker incentives can potentially lead to poor customer outcomes, mortgages fit outside the financial advice framework even though buying a home and taking out a mortgage is one of the most important financial advice decisions an Australian consumer will make," Mr Narev said.

“While the perverse incentives created by volume-based commissions, which reward brokers for the number of customers placed with a lender, are to be removed, upfront and trail commissions based on loan value remain," it said.

“While basing those commissions on funds drawn down removes an incentive for brokers procuring a loan larger than the borrower will use, the change does not deal with the more basic problem of borrowers being encouraged to borrow more than they need.”

However, the commission has also said that bank remuneration and incentives in that arena should also be looked at more closely, stating: “What does require closer consideration, however, is the proposition... that the way in which bank staff are paid does not lead to poor customer outcomes.”

It went on to ask: “What, if anything, is to be done about remuneration of intermediaries? How is a value-based commission consistent with acting in the interests, or best interests, of the client?

“Should intermediaries be subject to rules generally similar to the conflicted remuneration prohibitions applying to the provision of financial advice?”

Most Aussies not prepared to pay fee-for-service 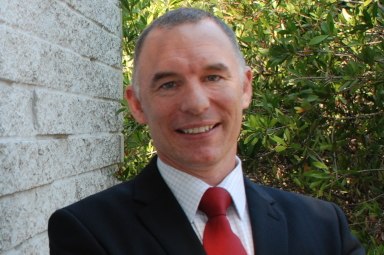