High demand for advisers and paraplanners in 2019

Demand will be high for both advisers and paraplanners in the first half of 2019 as new educational requirements kick in and the Hayne royal commission leads to cultural change, according to global recruiter Hays.

According to the latest Hays Jobs Report, advice businesses refrained from recruiting new advisers in the second half of 2018 as industry bodies finalised new qualification requirements.

Now that these requirements have been released, employers are ready to recruit advisers once more.

“Demand will naturally be focused on suitably qualified advisers who meet the new requirements. As the pool of such talent shrinks, salary pressure will become evident,” Hays said.

On the paraplanner front, Hays noted that additional compliance and remediation roles have been created as a result of the Hayne royal commission.

It said these are jobs that paraplanners typically move into, which has further added to the existing paraplanner skill shortage.

“Add an increase in financial planning roles, which naturally increases the need for paraplanners to offer technical support, and supply will fail to meet demand,” Hays said.

As advice has become a heavily scrutinised industry, Hays said candidates who have an employment history as a high-performing bank sales manager focused on numbers as opposed to their clients’ best interests are no longer considered for advice manager roles, and that employers will consider the risk too high.

Further, the first half of 2019 will see employers focus on permanent recruitment, according to Hays, saying the industry has gone through various projects to investigate concerns raised in the royal commission, while advisers are all on a path to increase their qualifications.

Now that the minimum qualification requirements have been clearly outlined, Hays predicted demand for advisers will increase in 2019.

Another major trend highlighted by Hays will be the continued movement of technically skilled wealth management professionals, such as paraplanners, into “lucrative compliance and remediation roles”.

“This candidate movement continues to create skills shortages, which in turn is leading to salary increases for paraplanners and the outsourcing of this function in smaller businesses to third party providers,” Hays said.

Another trend noted by Hays is the decline of rapid career progression within wealth management, with the typical career path slowing due to the decreasing number of clients using advisers.

“The conduct of large organisations has led to fewer people using advisers. Consequently, there is no longer a quick career path to follow,” it said.

“Given this, employers are no longer interested in candidates who seek rapid career progression. Those with a long-term history in administration or technical roles are instead sought so that advisers can focus on compliance and servicing their current client base.”

High demand for advisers and paraplanners in 2019 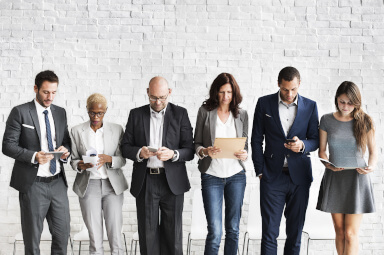