The finance industry has “forgotten” the reasons for paying an upfront and trail commission, according to the head of a major brokerage firm.

Speaking to ifa sister publication The Adviser about the discussions around trail commissions and the focus on the payment system by the financial services royal commission, the chief executive of Aussie Home Loans, James Symond, said that he believed that the history of trail commissions had been forgotten and history had already taught the industry that large upfront commissions and no trail increased churn.

Mr Symond said, “I think people have forgotten why the current remuneration structure exists. Like in the UK and US, when this industry first started [lenders] paid a large amount of money upfront as a profit share of the loan that brokers had drawn up to the bank. For example, you were drawing up a $300,000 loan, signing the customer up, sending them to Citibank (which at the time was a prominent market player), and Citibank would give you a 1 per cent commission, or large fee upfront, as a profit share.

“What happened very quickly is that they realised that they didn’t want this thing called churn. They realised very quickly that economically, it worked much better to reduce the upfront and not pay 1 per cent but maybe pay half the commission upfront and then maybe the other half over a three or four-year basis, or over perpetuity, to make sure that a) you are sharing the profit ongoing and b) you are ensuring the service to the customer as the broker is ensuring that the customer is sticky.”

Noting that the final report for the financial services royal commission is expected to be released in early February, and that the commission had been focusing in on trail commissions during the hearings, the Aussie CEO suggested that moving to a “one hit upfront” commission and removing trail could see brokers “potentially move to just refinance the customer over and over again, like they do in the US and like they do in the UK”.

He continued: “So, having an ongoing trail commission is about making sure the customer is happier, stickier and that the banks are happy too.

“In terms of the actual amount of the trail fee, larger loans as a general rule (at least, in my experience), are more complicated and generally come from customers that are more sophisticated and more demanding. And smaller loans as a general rule (in my experience) are less complicated. That, for me, is how it works and for people to say otherwise are simply wrong, in my opinion. They’re wrong.

“I grew up in this industry – we were the first dogs in the Paddock, I've been doing this since I was 19. So I have a lot to say and I feel very strongly about this; there are times to speak and there are times to remain quiet, and at the moment – it is a time to speak.” 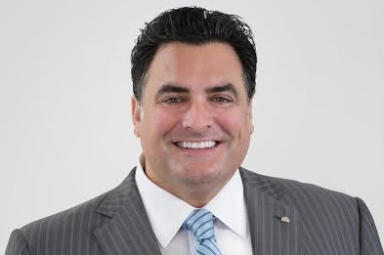 news
15 commentsjoin the conversation
news
Beacon under investigation for over a year
FASEA code of ethics unclear, says AFA