Liberal Party has done ‘almost nothing’ for advisers

As Australia heads towards another federal election, the chairman of a non-bank dealer group has hit out out at the Liberal Party’s treatment of small business owners, financial advisers and their clients during its time in government.

In an article written exclusively for ifa, Synchron chair Michael Harrison called out the Liberal Party’s decision to introduce the Life Insurance Framework (LIF), which reduced adviser commissions by up to 50 per cent, following arguments that such a move would make life insurance more affordable and improve the take-up of policies.

“In reality, premiums have risen since LIF, which must only serve to prove those arguments false,” Mr Harrison said.

“Then there’s the new ASIC ‘industry funding fee’ purported to be in the region of $1,500 per adviser, per annum, due to be charged from January 2019. I have several problems with this. The first is the nomenclature – let’s call this what it is; a tax on licensees, who have no choice but to pass it on, and therefore, by extension, a tax on small business advice practices,” he said.

“The second is there has been no confirmation on exactly how much the tax is actually going to be. It is almost December and we are expected to start paying from January – how does a business forward plan for a tax as expensive as this (potentially around $750,000 a year for a licensee the size of Synchron) with such scant information?”

The Synchron chair argues that the Liberal Party has supported “myriad” initiatives that profoundly affect the ability of financial advisers to run businesses that can support them, their families and their staff and provide meaningful service to their clients.

“The Liberal government has made changes that mean you can’t make more than $25,000 in concessional contributions a year. To add insult to injury, the government has imposed a $1.6 million transfer cap, which limits the amount of money you can transfer to pension phase, although you can leave more than $1.6 million in the accumulation account and pay 15 per cent tax,” Mr Harrison said.

“In other words, if by some happy circumstance you have more than $1.6 million to retire on, the government will tax you.

“The Liberal Party government has done almost nothing over its successive terms in office to encourage or support financial advisers or the clients that depend on them.”

Mr Harrison believes Australian business owners once voted Liberal in the belief that it was more supportive of business than the Labor Party.

“As time moved on, business owners voted Liberal in the belief that while the Liberal Party was no longer overly supportive of business, to vote Labor would be worse,” he said.

“Recent times have proven that neither of these two beliefs ring true anymore.”

Liberal Party has done ‘almost nothing’ for advisers 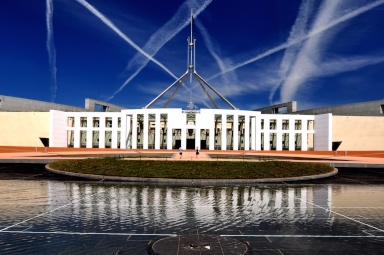