Only 16.8 per cent of wealth management holders (of superannuation and managed funds) bought their fund from a professional adviser, according to a new study from Roy Morgan.

The Single Source survey shows around 4.9 per cent were acquired from advisers for the bottom 20 per cent of the market, the lowest value wealth management quintile, in contrast with 41.9 per cent for the highest value segment.

Roy Morgan says the focus on the top quintile is to be expected, with it the segment accounting for almost two-thirds (63.4 per cent) of the total market value of wealth management. The lowest quintile sits at 0.7 per cent.

“This research shows that with only around one in six obtaining their wealth management products through a finance professional, there is a big opportunity to expand their use,” Norman Morris, industry communications director at Roy Morgan, said.

“Given the complexity of this market and rule changes, professional advice is likely to be necessary for most, particularly as balances grow. Currently it appears that only when balances approach a few hundred thousand dollars or retirement approaches that advice is sought.”

The survey was based on face-to-face interviews with more than 50,000 consumers per annum in their homes, including over 34,000 with superannuation or managed funds. The latest results came from the 12 months to October 2018.

Roy Morgan found that people holding up to $125,000 in wealth management are highly unlikely to have used a professional adviser to purchase their funds.

Mr Morris added that encouraging people to use financial planners has been made more difficult in at least the short term, with the royal commission highlighting a number of problem areas to do with financial advice.

“The image of financial planners for ethics and honesty prior to the royal commission was also not strong, as evidenced in the Roy Morgan Image of Professions Survey where they ranked very low,” he said.

The market average for consumers buying wealth management products through advisers came to 16.8 per cent.

Those in the top quintile with more than $300,000 in wealth management funds were found to have the highest use of professional advisers at 41.9 per cent. The second highest quintile, with people having between $126,000-$300,000, saw 19.3 per cent purchase from professionals.

“Another challenge for professional advisers and wealth management customers is how to provide advice profitably to low value customers and how to get them more involved in a topic of little interest to them,” Mr Morris noted.

“With the employer generally being the major channel for obtaining wealth management products, due to the dominance of superannuation, it is unlikely that they will have the resources or qualifications to provide comprehensive financial planning advice, this is the role of the professional adviser.” 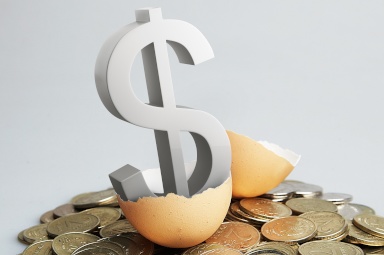