A new survey of Australians has revealed that the number one thing that Australians want when receiving financial advice is to have their situation understood by their adviser.

The survey, ‘What do you care about’, was commissioned by Perpetual and surveyed 3,000 Australians to understand what is important to them when engaging with an adviser.

The survey found that 60 per cent of Australians want their situation to be understood by their adviser, and within that group 51 per cent said the most important thing to understand was personal goals.

The survey also found that clients expected transparency from their adviser with 50 per cent wanting to be told what they were investing in and why, and 41 per cent expecting to be kept up to date with events that affected their portfolio.

Perpetual senior manager of client insights and analytics Gary Lembit said some of the survey findings would be no surprise to seasoned advisers.

“They've been dealing with clients for a long time it will be no surprise to them that better understanding of someone's information leads to better quality advice,” he said.

However, Mr Lembit said the interesting thing was in breaking down what people thought an adviser should know.

“We asked the question what people think an adviser should know about them, and we found that naturally people thought their financial situation was an important thing for their adviser to know,” he said.

“But less people were likely to say their adviser should know about their personal goals.”

An adviser’s job was to try and link the two together because an adviser needed to understand their clients beyond just their financial situation, said Mr Lembit.

“Understanding you means more than just your financial situation; it absolutely means that you need to know what someone is seeking to achieve in life,” he said.

People that had advisers knew their value, but it was harder to articulate the benefits to those without it, said Mr Lembit.

“We found that 75 per cent of people who have an adviser clearly see the benefits of having an adviser versus not having one. Once you've got one it’s much easier to recognise the value but if you don’t it’s hard to articulate what that might be,” he said.

Mr Lembit said that advisers had always had to demonstrate their value and advisers had to think of what drove their clients.

“It’s about how you demonstrate the value of advice and that can be done in a number of ways. For many people it really is about feeling secure. I always like to think, if you think about the emotion that people are looking for its probably easier to think about what's driving their behaviours,” he said.

Mr Lembit said if the recent industry changes were achieving anything it was enhancing the value placed on communication between client and adviser.

“The inherent nature of advice, where you have advisers and advice companies who are concerned about achieving or helping people achieve their personal and financial goals that's really fundamental. I can't see that that has changed to any great degree,” he said.

“The other outcome of events for the last few years is really that the quality and importance of communication is stronger than it’s been. Really that's talking about the importance of the human as well.” 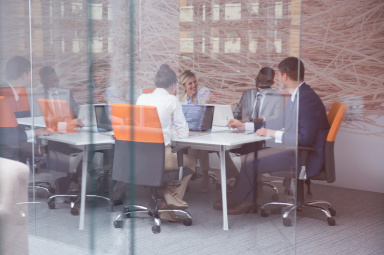