FASEA is setting a new standard for the industry: Assistant Treasurer

The upcoming educational standards developed by FASEA are about setting a new standard for the industry, according to the Assistant Treasurer.

Stuart Robert addressed the AFA conference last week and said the upcoming educational and professional standards will usher in a new era for the industry.

“It’s about setting a new standard for the industry, it sends a message to consumers that the industry is uber professional, on the same level as the law society and I think it establishes a very strong benchmark for you to build from,” he said.

Mr Robert said the parliamentary inquiries into financial services along with the royal commission identified the need for such a change.

It was under this context that the government decided to step in and establish the independent body of FASEA, said Mr Robert.

“The government's professional standards legislation established a series of professional and educational requirements that will apply to financial advisers and provide the establishment of the board of FASEA that will define these new standards,” he said.

Mr Robert said that FASEA has finished its initial consultancy and would now take the feedback it had received to develop draft legislative instruments.

“FASEA will then set or provide these draft legislative instruments to your industry on their website for formal and final comment," he said.

“After that, FASEA will take everyone’s comments into consideration and will then provide those instruments to Parliament whereby they become law."

According to Mr Robert, there were a number of elements that FASEA had changed to be fair to the industry.

Of those eight subjects, holding an advance diploma in financial planning would count for two credits and another two credits would be credited in recognition of the educational coursework.

“Yes, there will be some impost in doing four more but the refresher on ethics, chapter seven of the Corporations Act, is just what we should do,” he said.

Further, Mr Robert said that it was now up to the industry to work together to build back consumer trust and FASEA was part of that.

“It’s now up to all of us – government, financial sector, your industry, your companies – to work to continue to build trust and confidence in this critical sector to continue to provide the high quality advice you do to your current clients," he said.

FASEA is setting a new standard for the industry: Assistant Treasurer 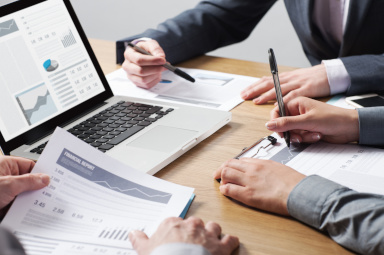