Dover Financial director Terry McMaster has demanded the Hayne royal commission apologise to a former adviser for smearing their name at the hearings while ignoring his “excellent advice” at the licensee.

The royal commission had heard that Andrew Smith resigned from Westpac, prior to joining Dover, after he was found to be churning clients through fixed income products and asking his clients to sign blank documents.

“Since joining Dover in April 2015, Mr Smith has not received any client complaints, and Dover has not identified or reported any adverse matters,” the document said.

Mr McMaster told ifa that their task at hand was the “imminent banning of Andrew Smith”, and that they would do it if they could.

“Sadly for ASIC, the facts were opposite – Andrew Smith’s work at Dover was excellent. Fifteen out of 15 statements of advice ticked nearly every ASIC box,” he said.

“Each was in the client’s best interests and appropriate to the client’s circumstances. There were a few minor glitches, a few unticked ASIC boxes, but nothing significant.

"The three ASIC executives concluded Andrew Smith's work during his two-and-a-half years at Dover was excellent. This is not surprising because Andrew Smith is an excellent financial planner.

"The three ASIC executives recommended Andrew Smith and Dover be advised of this, and that no further action would be taken. The file would be closed."

Mr McMaster then said to recall various reports from ASIC saying that 80 per cent of bank statements of advice are not in the client's best interests, and that 10 per cent actually damage the client's interests.

"Westpac's Michael Wright says he tolerates a 25 per cent advice failure rate in his sales team. ASIC found Andrew Smith's work at Dover was about five times as good as the average bank adviser," he said.

"Fifteen out of 15; 100 per cent. You can't get better than that. It was heaps better than Westpac's average."

Clarification: BT has responded to Mr McMaster's claim that Michael Wright tolerates a 25 per cent advice failure rate in his sales team, calling them inaccurate and untrue. It referred to comments from Mr Wright at the royal commission hearings, "I won’t rest until that number is a zero. There has been a significant amount of work done to drive that towards zero." 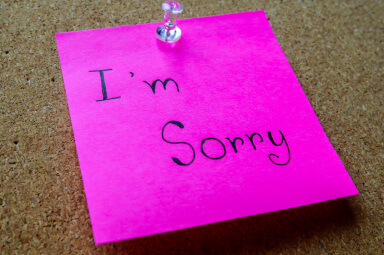