The RBA has opted to keep interest rates on hold at 1.5 per cent for September after a month that saw some banks independently raise their mortgage rates.

Increases over the last week by the likes of Westpac and Suncorp were a factor in the RBA’s decision to leave official rates on hold for yet another month at 1.5 per cent. It marks the longest ever run of interest rate stability in Australia, with the last movement (a cut) happening in August 2016.

During its last meeting on 7 August, the RBA board had examined an economy in generally good health, with steady growth in retail sales and employment, housing prices continuing to come off the boil (except in the booming Hobart market) and overall growth expected to sit just above 3 per cent in 2018 and 2019.

Of concern, though, is the ongoing drought gripping NSW and much of Queensland, which is impacting agriculture production and exports.

Inflation – the key driver of interest rate movements – remains relatively subdued at 2.1 per cent, and is expected to remain subdued for some time to come.

“Strong competitive pressures and low growth in wage costs had been placing downward pressure on retail prices for some time,” the board noted in its minutes.

The decision to keep rates on hold for yet another month had been widely anticipated, particularly since lenders have started hiking rates of their own accord – effectively blocking the RBA from doing so even if it had wanted to.

On Wednesday (29 August), Westpac became the first of the majors to raise rates, increasing all of its standard variable rates by 14 basis points. Suncorp followed suit two days later with a 17-basis-point increase on variable home loans, and a 10-basis-point rise on small business loans.

“There are plenty of factors keeping interest rates on hold, but top of mind is the fact that mortgage rates are already edging higher as lenders look to balance their profit margins against higher funding costs and a smaller deposit base,” noted Tim Lawless, head of research of property data firm CoreLogic.

“With the first of the big four banks announcing an out-of-cycle rate hike, the prospects for a higher cash rate have likely been pushed back even further; we could even see debate for a lower cash rate becoming more prominent.”

Likewise, it was unanimously expected by all 30 panellists from the finder.com.au RBA survey that official rates would remain on hold.

“We expect this trend to continue, with the remaining of the big four and other lenders likely to follow suit in the coming days.

“Mortgage holders should brace themselves for higher interest rates – it’s not a matter of if, but when.” 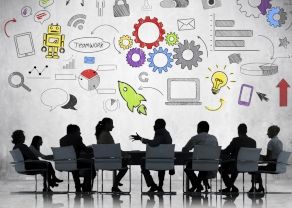