Advisers are being set up to ‘fail’ FASEA tests

The head of a non-bank dealer group has shared his suspicions about the four-hour FASEA exam that will see risk advisers tested on their knowledge of more than 500 pages of the Corporations Act.

In a column prepared for ifa magazine, Synchron director Don Trapnell asks a rhetorical question: Are the education requirements currently under consideration being drafted to ensure that life insurance advisers fail?

“It’s difficult to think otherwise when specialist risk advisers will likely be required to sit the same exam as financial planners, despite the two being quite different disciplines,” he said.

“It’s difficult to think otherwise when the proposed exam is four hours long, when it’s closed book, when, if you fail it three times, you’re out. But most of all, it’s difficult to think otherwise when 30 per cent of the exam will be on Chapter 7 of the Corporations Act. Chapter 7 outlines financial services and markets, is 500 or more pages long and includes many sections which are not relevant to the day-to-day work undertaken by risk advisers.”

In defence of risk advisers, Mr Trapnell said that no amount of “irrelevant further education” changes the way life insurance advice should be delivered to Australians – “and that is, giving people advice that considers their specific risk insurance needs and protecting them and their families against life’s uncertainties”.

“If not for these advisers, even people who are the beneficiaries of life insurance might not be paid the claims they are entitled to because they don’t know how to make a claim, or, in their hour of need, they don’t have the resilience to persist with a rightful claim if it’s contested by a life insurer. If not for risk advisers, there would be an even greater social security debt, an even greater burden on other Australians,” Mr Trapnell said.

But in the face of ongoing uncertainty and unreasonable demands, the Synchron boss believes many professionals who have been delivering great risk advice for many years and have secured great outcomes for their clients will throw up their hands.

“They think it will all be too hard. They will listen to the doomsayers and believe risk advisers will become extinct, wiped out by excessive education requirements and overzealous regulation. But we must also be very aware of self-fulfilling prophecies,” he said.

“Let’s not engage in rhetoric that sends us to our doom, let’s continue to operate and let’s continue to deliver great service to the people of Australia, despite the prevailing conditions. And instead of living our professional lives in fear, let’s continue to work on influencing the people who make decisions about our industry, so that we can at least play a role in our own future and hopefully arrive at sensible, workable solutions.”

Advisers are being set up to ‘fail’ FASEA tests 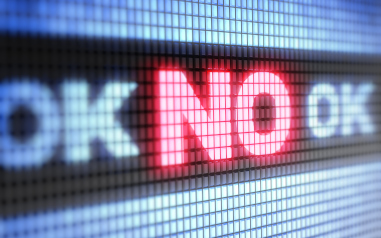