Mark Bouris says the low-ball takeover bid for Yellow Brick Road significantly undervalues the existing and future worth of the wealth management company.

An investment management company led by one of New Zealand’s most infamous corporate raiders has made what Mark Bouris has labelled an “opportunistic” takeover bid for Yellow Brick Road.

Late on Monday, Mercantile OFM (a wholly owned subsidiary of Mercantile Investment Company) announced a takeover offer to acquire YBR at 9 cents a share, a discount of 3.2 per cent. This values the entire business at around $25 million.

Mercantile is chaired by Sir Ron Brierley, a renowned value trader whose investment vehicle has been creeping up YBR’s register over the last few months.

Mercantile has replaced Macquarie as a significant shareholder of the wealth management company and now holds more than 56 million shares with a voting power of 19.97 per cent.

Sources close to the situation agree that it isn’t YBR’s wealth business that Mercantile is interested in, but rather the groups’ mortgage assets.

Industry insiders told ifa that Mercantile will be eager to salvage the Vow Financial aggregation business, which has a loan book valued at $35.2 billion and was acquired in 2014 for $17.6 million.

The total YBR book is currently valued at around $50 billion.

In its 2017 annual report, YBR’s wealth business claimed to have $1.5 billion of funds under management.

While the takeover bid could be viewed as a formality, given the size of Mercantile position, YBR executive chairman and founder Mark Bouris believes it is a value play and has advised shareholders not to take any action.

Mr Bouris said the bid is “unsolicited” and “materially undervalues the existing and future value of the company”.

“It is opportunistic in its nature, timing and pricing,” he said.

In a trading update, the YBR boss informed shareholders that a fully considered recommendation by YBR’s board, along with the company’s target’s statement, will be provided to due course.

“In the meantime, the YBR directors advise YBR shareholders not to take any action whatsoever regarding their YBR shares in response to the takeover bid,” the company said.

A takeover offer by Mercantile has sparked questions over what could happen to YBR should the deal go through.

Industry sources are confident that, should the takeover occur, YBR will be carved up and sold off, given the nature of Mr Brierley’s long history of arbitrage. A 2011 New Zealand Herald article gives some insight into the type of investor he is.

The article noted that Brierley “still scours company reports for hidden value” and quotes the 81-year old as stating: “There's not much left in New Zealand for a start. I can't complain because it was BIL [Brierley Investments Ltd] that literally ripped out the core of traditional companies there. But if we hadn't done it, someone else would have." 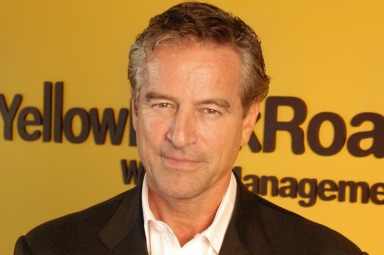