The Tax Practitioners Board has named ATO chief risk officer Michael O’Neill as its new chief executive and secretary as part of a number of ongoing changes within the organisation.

Assistant commissioner Michael O’Neill began in the new role today, taking the reins from outgoing TPB secretary Rosemary Holloway. Mr O’Neill’s role at the ATO will be filled “in due course,” the ATO and TPB told Accountants Daily in a joint statement.

The TPB reviewed its organisational structure earlier this year to align it with other government agencies, and landed on merging the new role of CEO and existing role of secretary into one.

The TPB’s board and Mr O’Neill may consider further organisational and structural changes to deliver on its strategic objectives, which are principally related to consumer protection and the standing of the registered tax practitioner profession.

Ongoing resourcing constraints is partly motivating structural changes, as the TPB outlined in its 2018/19 corporate plan, in line with chair Ian Taylor’s messaging in his 2017 annual review.

After having application turnarounds impacted by constrained resources earlier this year, the TPB is also saying its ability to monitor misconduct has been impacted by tight budgets.

“Budget reductions have also had a significant impact on the TPB’s ability to undertake complex or targeted investigations into the conduct of registered and unregistered tax practitioners,” the TPB said in its corporate plan.

“The TPB’s ability to drive workforce efficiency is largely dependent on its capital funding. We intend to invest in continuous process and systems improvement to improve client service, but our efforts are hampered by budgetary issues,” the TPB added.

The introduction of the tax (financial) adviser program, which requires financial advisers who provide advice with tax implications to also be registered with the TPB, has previously been cited by the organisation as a strain on its financial resources.

Additional tax (financial) adviser renewals at the beginning of the year compromised the TPB's service standards.

“Due to the work involved to assess each application, it may take a few months until we are able to notify tax (financial) advisers of the decision regarding their renewal applications,” Mr Taylor said in February.

“We give new tax practitioner applications a higher priority than renewals, so applicants, once registered, may start providing tax (financial) advice services and commence their business,” he said. 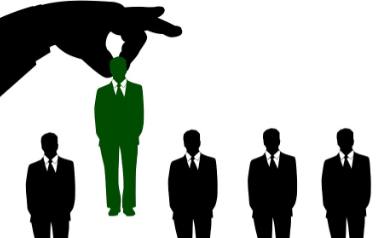