The AIOFP has suggested that the results of the weekend’s federal byelections across the country may have an implication for lobbying efforts on FASEA and mandatory financial adviser education standards.

Byelections were held on Saturday in the Queensland seat of Longman, Tasmanian seat of Braddon, South Australian seat of Mayo and WA seats of Perth and Fremantle, sparked by the dual citizenship crisis that forced a number of federal MPs to resign.

Labor incumbents won all four of their seats back, while Centre Alliance MP Rebekha Sharkie received almost 60 per cent of the primary vote in Mayo, fending off Liberal Party candidate Georgina Downer. The government failed to pick up any seats from the opposition or cross-benchers.

Appearing alongside re-elected MP Susan Lamb in Longman, opposition leader Bill Shorten claimed victory and said the byelections are a step towards a "Labor government following the general election".

Speaking to ifa following the byelections, AIOFP executive director Peter Johnston said the events may have an impact on the politics of the financial advice industry.

"The best news over the weekend for advisers concerned with FASEA is the defeat of the Turnbull government in the super Saturday byelections," Mr Johnston said.

"This has to be a ‘wake up call’ that they should looking after small business and not the big end of town all the time.

"This week we will be on the attack of FASEA’s ridiculous proposed policies then entering into a political campaign with strategies to achieve change. It is time for the advice community to get really political and vote with their own self-interest at heart."

Mr Johnston said that while many AIOFP members and advisers more generally have traditionally favoured the Coalition at elections, the FASEA issue may result in them considering other alternatives. 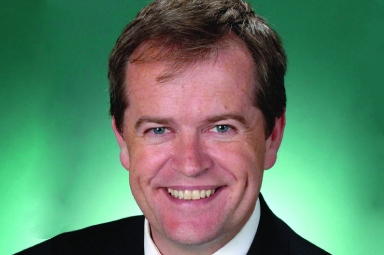