As financial abuse of senior citizens increases, there is a role for financial advisers to play in averting the trend, and an opportunity to generate new revenue in the process.

That is the view of Anne McGowan, the chief executive and founder of advocacy and training group Protecting Seniors Wealth.

Addressing delegates to the AIOFP 20th anniversary conference in New York, Ms McGowan said financial abuse is one of the major risks faced by senior Australians.

Ms McGowan said that while the moral imperative is of course the primary reason to join efforts to prevent elder abuse, there may also be a commercial incentive for financial advisers to join the campaign.

“Loss of investments and clients is imminent and extensive,” she said. “Financial advisers could be losing as much as 10 per cent of the assets they could be managing.”

On the flipside, since abuse is escalating at 10 per cent per annum, specialising in elder abuse prevention may allow advisers to grow client assets under advice at a similar rate or grow client numbers in this demographic, she said.

The abuse affects not only seniors but also accumulators and younger clients who are at risk of “inheritance theft” from scammers and abusers, she warned.

Ms McGowan explained that the Australian Law Reform Commission has called on financial advisers specifically to play a positive role in preventing abuse, and that legislation to help address the problem is being drafted by several lobby groups.

Advisers should be on the lookout for red flags, including changes to client wills or the signing over of assets to third parties, she said. 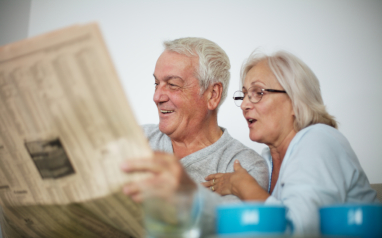