ETF Securities has closed one of its legacy ANZ ETFS products, the Physical Renminbi ETF, with plans to relaunch a new strategy in its place.

“It was almost a foundational principle we had something of Chinese ilk in there because at that point Mike Smith was still the CEO of ANZ,” Mr Walesby said.

“There was a view that because of Australia’s strong link with China and given the influx of people of Chinese origin into Australia, that having a pure Renminbi play would be popular among investors.”

That has turned out to be far from the case, he said, noting that the ETF has not had a single new unit created since its $500,000 in FUM were issued to retail investors upon inception.

“In Australia, currency ETFs are not a big part of most people's asset allocation … I don’t think [Renminbi] is really on people's radars. That became clear after we launched,” Mr Walesby said.

ANZ exited the joint venture in May 2017, returning full ownership to ETF Securities.

The ETF will be closed with money compulsorily redeemed, after which the fund will be restructured as a new ETF, he said.

ETF Securities is not the first provider in Australia to close or restructure an ETF.

BlackRock’s iShares business announced it was delisting five ETFs in May 2018, and VanEck restructured its Australian Emerging Resources ETF as the S&P/ASX Midcap ETF in June 2016.

According to Mr Walesby, the closure or restructuring of an ETF does not denote weakness. In fact, he said, it is a feature of thriving ETF sectors overseas.

“It’s seen as a sign of strength that you’re rationalising your product set to meet your clients’ demands, rather than just leaving products that aren’t really going to do anything and that clients don’t really want out in the marketplace,” he said.

“What we’re doing is not unprecedented.” 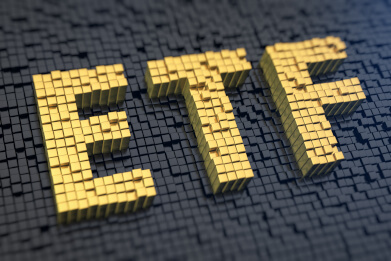