The Productivity Commission’s proposed changes to the way default superannuation funds are chosen will offer better consumer outcomes and deserve “close consideration”, according to BT.

In an article on the Westpac website, BT Financial Group chief executive Brad Cooper said recommendations made in the Productivity Commission’s draft report on efficiency and competition in the superannuation system would be more beneficial to members than the current system.

“Until now, BT has supported an 'open market' model in which any Australian Prudential Regulation Authority-approved MySuper product was free to compete for default status as opposed to one where an independent body, potentially susceptible to political influence, is responsible for selecting a shortlist,” Mr Cooper said.

“The Productivity Commission’s report, however, provides compelling analysis and has led BT to conclude that a different model is necessary to protect consumers from account duplication, underperforming funds and balance erosion.”

Mr Cooper said the proposals, which would see a government-established panel select a shortlist of 10 “best in show” funds to guide consumer choice and have consumers only default once, would be “in the best interests of consumers” and create a stronger superannuation system.

“The PC has made it clear to the industry the standard every superannuation fund must meet to rightfully claim they are worthy of default status,” Mr Cooper said.

“Let’s not let this opportunity to transform the superannuation industry – and in the process lift the retirement incomes of millions of Australians – pass us by. It’s time for the industry to show leadership and for the superannuation system to deliver on its promise.”

Mr Cooper’s comments follow remarks made earlier this week by AIOFP executive director Peter Johnston, who said the Productivity Commission’s recommendations would resolve “one of the most profoundly conflicted arrangements” in financial services, by preventing corporate and union executives from recommending a preferred default fund without holding an AFSL.

“Corporates and trade unions selecting their preferred superannuation funds is technically giving advice to their members/employees, which they are not licensed to do so,” Mr Johnston said.

“The corporate or union executives making these decisions should be prosecuted by ASIC for breaches of the corporation law. To make matters worse, these selections are mandated, giving members no choice to consider other options that may be better performing or have a lower cost base.” 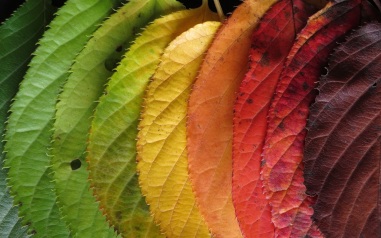