Financial advisers need to modify their business model to attract Generation Y clients or risk losing future business to tech giants like Amazon and Google, according to Experience Wealth.

“The ‘sleeping dog’ is not sleeping, it’s just been waiting, and it’s about to come in and have a real crack at what we do, but it might be having a crack at us in a different way,” he said.

Mr Crawford pointed to a number of surveys from the US and Australia that showed younger clients in particular would consider using large tech firms for their financial services needs, noting the financial products being offered to the younger clients are already very targeted.

“What are they doing? They’re getting to them for the stuff that they want younger, around the stuff that’s relevant to them,” Mr Crawford said.

“They’re not stealing your clients yet because they’re not going after your clients, they’re building a dam-wall and stopping all of your future clients from getting in.”

One KPMG study found that 84 per cent of Generation Y Australians would consider banking with a tech giant if the service was offered to them, Mr Crawford said, adding that by 2024 Generation Y will represent 75 per cent of the Australian workforce.

In order to avoid this, Mr Crawford said, advisers need to look at how tech giants are serving would-be advice clients and adapt to compete.

“How can we be more like Facebook, Apple, Amazon, Netflix and Google? Let’s go to where they are; start with banking and spending advice,” he said. 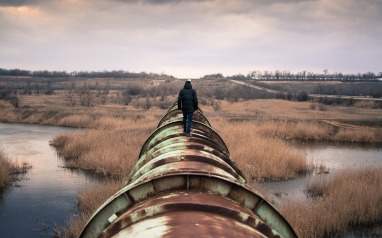