Advisers should embrace the fallout from the royal commission in the way they talk about their industry, according to consumer psychologist and former advertising executive Adam Ferrier.

Speaking to the Adviser Innovation Summit in Sydney on Thursday, Mr Ferrier said its impossible for a business to ignore its weaknesses, and that recognising where the industry is lacking can be advantageous if done correctly.

“You have to embrace your weaknesses, and at least acknowledge them and talk about them,” he said.

“There’s a great saying in Batman, ‘the brighter the picture, the darker the negative’, so you cannot escape your shadow, you have to embrace it.”

Mr Ferrier pointed to a psychological study conducted in the 1960s, which found that when someone who is perceived to be competent makes a mistake, they are seen as more likeable; this is called the pratfall effect.

“Unfortunately, if you saw them as incompetent their rating might go down even further.”

Mr Ferrier added that there were further caveats to this however, noting that advisers should be “embracing your shadow around the periphery” rather than directly flaunting their own mistakes.

“You don’t want to compromise [clients’] trust with your core expertise, so you don’t want to start talking about the mistakes you’ve made as an individual where you’ve abused someone else’s trust or you’ve made really bad decisions yourself,” he said. 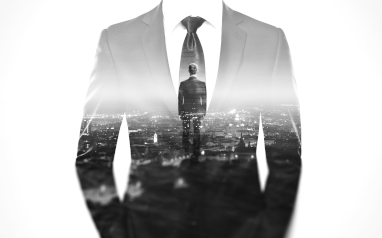